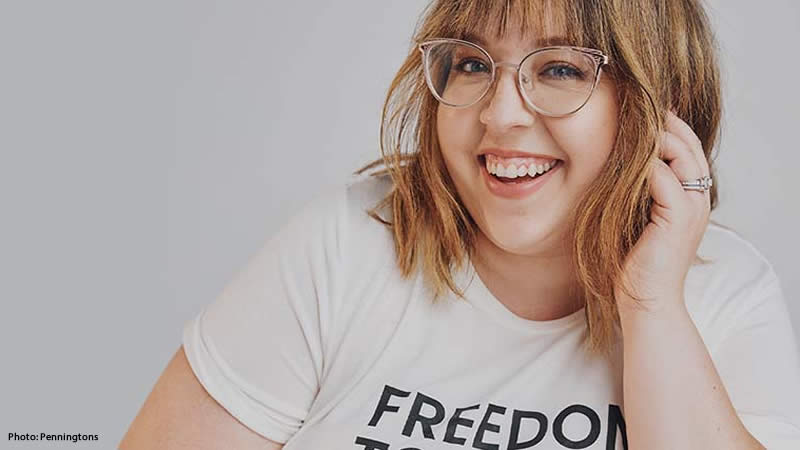 Alicia Mccarvell is responding to negative remarks she has received online.

On Monday, the Canadian influencer shared a snapshot of herself standing in a pool with her husband, Scott Mccarvell, on Instagram.

She included screenshots of remarks that made her feel “little” since working with Lovehoney.

“Why in the world would you use a sex toy when your husband is that sexy?” one of the comments read. “Having that type of husband, you shouldn’t even think about buying a toy,” someone else weighed in, while another wrote, “why use one when you have a man to pleasure you?”

“Girl, if you’re gonna use that, let me borrow Scott,” commented another.

Mccarvell paired the photo with a detailed caption calling out the “harmful” commentary.

“Each time I run an ad with any toy company I am belittled in my comment section with comments like ‘gross,’ or comments like these, basically stating that you use means I can’t possibly be satisfied by my husband,” she began. “All of them from women.”

“This narrative is so harmful,” she pointed out before adding that it makes her “sad that there are women out there that are so uncomfortable with sex and pleasure.”

Mccarvell explained that playing with toys helped her “learned what I deserved in the bedroom” and “opened up doors of communication” with her husband.

“I’m tired of people condemning the things they don’t understand. Your shame doesn’t need to be mine,” she concluded. “Also, how ‘hot’ or ‘sexy’ someone is, is not correlated to their ability to satisfy a partner. Get a grip.”

Fans congratulated the Halifax-based influencer in the comments for speaking out.

“This is an amazing message! Self-pleasure is something completely normal and healthy — empowering in fact — for the exact reasons you stated,” an Instagram user chimed in.

A fan penned: “If you can’t pleasure yourself- a man certainly won’t be able to. Thanks for promoting positive sexuality.”

“Say it louder for the people in the back!” commented another. “This is so rude!”

Mccarvell posted another open message with her admirers last week.

The social media sensation shared a photo of herself standing in front of a mirror with a towel covering her face.

She captioned the photo with a message about learning to regulate her inner dialogue and reducing negative self-talk.

“You’ve heard the saying, ‘We’re our toughest critics.’ Well, I prefer, ‘We’re our biggest bullies’ because it’s the truth. … Learning how to be kind to yourself isn’t easy,” she wrote.

“Then, I needed to replace myself from the conversation with someone I love — like my sister, for instance,” she explained. “Suddenly, my advice was kind and thoughtful and filled with empathy. It wasn’t harsh, demeaning or abusive.”