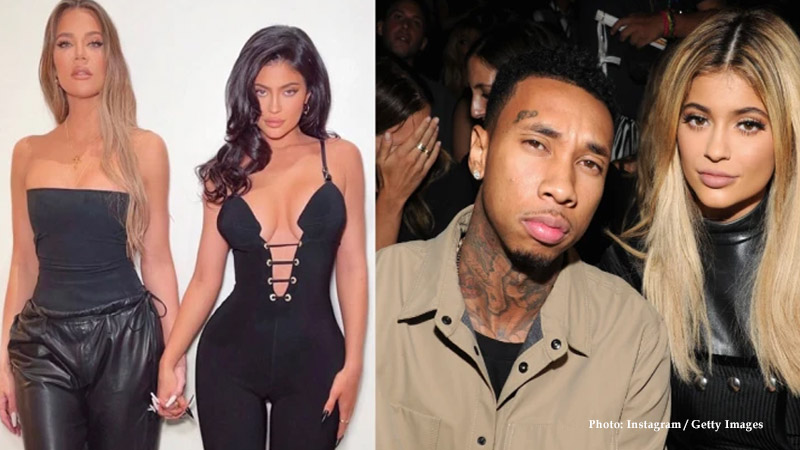 Kylie Jenner and Tyga’s tumultuous relationship has been going on for almost a decade, but Kardashian fans still have a lot to say about it.

Fans of the famous family discussed a leaked interview conducted by Khloe Kardashian in which she tried to explain the troubling age difference between her sister and Tyga on a Reddit post.

Jenner and Tyga, the actual name Michael Rae Nguyen-Stevenson, have been dating for three years, and the rapper has faced criticism for dating an underage Jenner.

Khloe Kardashian has come to the defense of Kylie Jenner and Tyga’s relationship, calling it a “special occasion.”

In a July 2015 interview with Complex, Khloe confessed that she saw nothing wrong with Jenner dating a much older man.

“I think at 16 I was probably fucking someone who was in their 20s,” Khloe admitted. “I would not say that I even met, probably just slept with them. But then again, Kylie is no ordinary 17-year-old.”

The reality TV star then stated that Kylie, who was 17 at the time, was not like other teenagers her age.

“You’re not going to be like, ‘Hey, so what are you doing this weekend?’ and let her say, “I’m having a bachelorette party with my girlfriend” or “I’m going to prom.” That’s not what Kylie does,” Khloe continued.

“Kylie goes to business meetings and buys her first house, or she flies in a private jet with Karl Lagerfeld to a meeting. It’s not even something that people in their 30s do. It’s a rare circumstance, so let’s treat it as a special case. .”

Fans on Reddit reacted with anger to the resurfaced interview, criticizing Khloe for failing to recognize how wrong her sister’s relationship with Tyga was.

“It’s crazy to me that Chloe didn’t hear herself and think hmmm maybe my little sister SHOULD go to sleepovers instead of hanging out with rude older guys,” wrote one user.

Another user added: “The [Kardashian] in the family, many things are distorted because they grew up in [a] a bubble that distorts or obscures some parts of reality.”

Kylie Jenner recently opened up about her current feelings for Tyga and admitted that they are “not friends.”

Kylie revealed where she is with Tyga years after their romance during a special ‘Keeping Up With the Kardashians reunion in June 2022. Tyga and Kendall Jenner initially met in November 2011 during Kendall Jenner’s 16th birthday party, when he performed for the guests.

Kylie was 14 at the time, and Taiga was 21. Tyga, who was engaged to Blac Chyna at the time, held Kendall Jenner‘s 17th birthday party at his house a year later, after which the rapper called off his engagement a few days later.

Despite rumors that Kylie and Tyga started dating when she was still underage, the couple did not disclose anything until Kylie was 18 years old. Kylie and Tyga’s relationship ended a few years ago, the makeup mogul claims to harbor no ill will toward her ex-boyfriend.