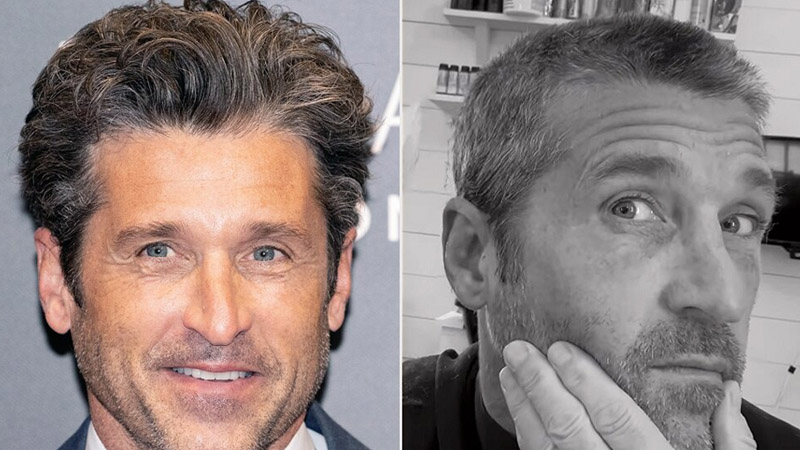 The Grey’s Anatomy star still looks amazing. Patrick Dempsey earned a cult following for his role as Dr. Derek ‘McDreamy’ Shepherd on Grey’s Anatomy. Patrick’s beautiful black curly hair was a significant talking point, so it’s natural that his choice to give himself a buzzcut drew a mixed reaction from his fans.

In an Instagram video uploaded by his wife, Jillian Dempsey, the 56-year-old appeared practically unrecognizable after chopping off his hair. Patrick can be seen in the black and white clip cutting his much shorter ‘do while sporting an ideally kept beard.

“Change is good! Have you ever buzzed your hair? Watch @patrickdempsey use clippers to eliminate the dyed hair from a character role and start fresh!” Jillian captioned the video, referring to Patrick’s platinum blonde locks for his role in the upcoming movie Ferrari. “P.S. My Roadie was standing by to help give it some edge for styling,” she added.

Fans strongly reacted to the clip, with one responding: “This isn’t funny Jill, you made him get rid of his hero’s hair.” A second said: “NO! Not the fluffy McDreamy hair!” followed by two crying face emojis.

A third added: “Noooo, his hair is gorgeous. Why???” A fourth said: “McDreamy why would you do that to your beautiful hair?!?! I think this is more traumatizing than Derek’s death.”

It wasn’t all heartbreaking, though, as some fans loved Patrick’s new look. “Looks great either way! Well, any hair would look good on him!” said one. Another wrote: “I’ve never seen it short and it looks just as phenomenal.”

Patrick’s fans will be happy to know that his hair has already grown out, as the video, Jillian uploaded on Monday was shot after he returned from filming in Italy earlier this year.