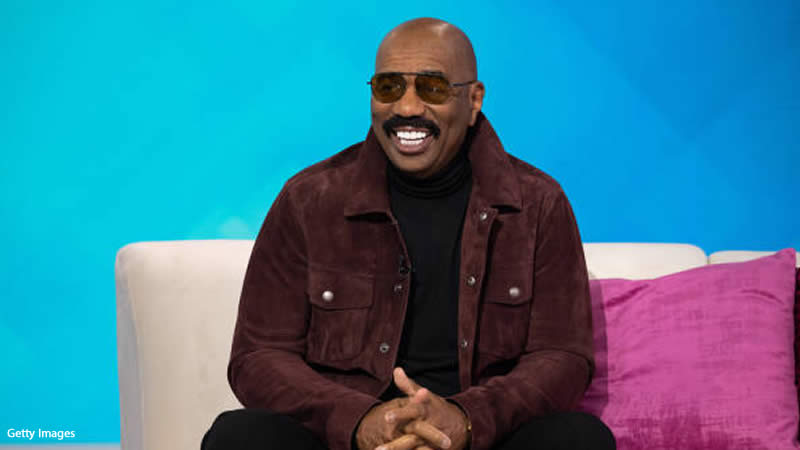 Steve Harvey seemed to be juggling a lot recently, between preparing for a new season of Celebrity Family Feud and declining to host the Miss Universe contest in 2023. But, like with any work, there are times when even a skilled professional, such as himself, is taken aback.

In a recent video shared on Family Feud’s official Instagram, the TV personality found himself tossing his cards after being taken off guard by a contestant’s answer. The brief video shows Steve approaching a competitor called Shakira and asking her what appears to be a simple question: “Name something that a person with long legs would not be able to fit into.”

As the camera panned, she gave a response that sounded unsure: “Long pants?” While Steve looked at her incredulously, she was on the right track.

When the video turned to the leaderboard, it revealed that “long pants/shorts” was the second most common response. Steve walked off the stage, completely taken aback by the entire interaction. He let go of his cards, scattering them on the floor.

But it isn’t all. Although the game show host eventually returned to the cameras, it appeared that he had not fully processed what had happened. In the midst of taking up where the game had left off, Steve had an unanticipated outburst, saying, “Shut up!”

When the hilarious Family Feud snippet went viral on social media, people reacted immediately. Although others thought that Shekira’s response made little sense, most were laughing at Steve’s inability to contain himself on tv.

“Steve’s reactions are goated 🐐 😂,” one person wrote in the Instagram comments section. “He just quit right there 😂,” a different follower said. “The reason I love this show … Steveeeeeee 🤣🤣🤣🤣,” another added.

Needless to say, the antics of the long-running host remain an important part of the successful game show. As some viewers may have predicted, it’s just a matter of time before he erupts again as a result of unexpected cues and contestants’ responses.

Whatever it is, we are prepared for whatever Steve has in store for us next — and his case, very literally.