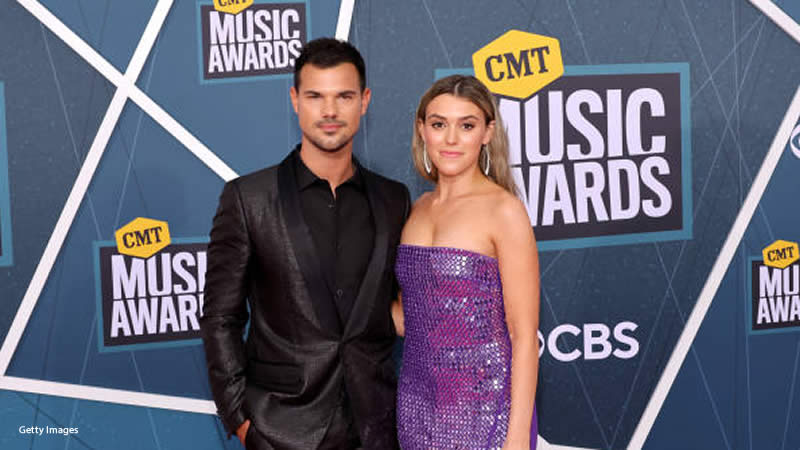 Taylor Lautner and his long-term girlfriend Taylor Dome married on November 11, one year after getting engaged.

They looked happier than ever after a beautiful ceremony at Epoch Estate Wines in California.

If you’re not familiar with the front-runners for the most perplexing couple name, they were first introduced by OG Taylor’s sister, Makena Moore.

OG Taylor and his future wife Taylor Dome hit it off and made their relationship public in 2018.

OG Taylor had taken a break from acting during this time because he “wanted to take a step back and enjoy life and spend some time with my family and friends.” It all worked out because I met my fiancée as a result of it.

Furthermore, in November 2021, OG Taylor took this literally, proposing in their kitchen with a giant neon sign of his last name in the background.

Nothing says “I love you” like a glowing red reminder that you’re about to have the same name as your husband and confuse everyone at airport security for the foreseeable future.

Taylor seemed to confirm in the interview that he and his fiancée would share the same name, even double-checking with her by asking, “Are you into this last name?” Because we already have one name in common. As a result, it’s going to be extra complicated.”

But the couple appears content, with the Twilight star adding, “We’re literally going to be the same.”