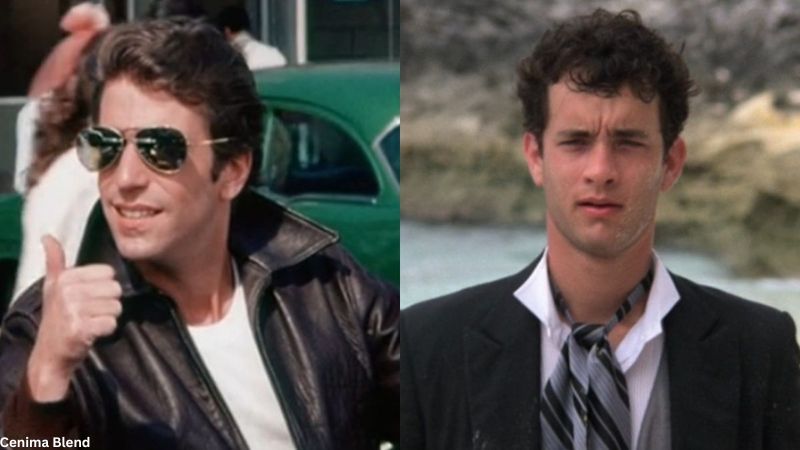 Tom Hanks made a big impression as a guest star on Happy Days.

So much so that he owes his first leading picture part, in Ron Howard’s 1984 hit… Splash, to his presence in the renowned comedy.

Hanks appeared in a guest role in the 1982 episode “A Little Case of Revenge” as a former classmate of Henry Winkler’s Fonzie who has had a grudge against him since third grade. Dr. Dwayne Twitchell (Hanks), now a doctor and karate master, exacts his revenge on Arthur Fonzarelli.

“I kicked Fonzie,” Hanks recalled on SiriusXM’s The Jess Cagle Show. “I got dressed up in a judo karate outfit. And I think I’m legendarily the first guy to actually strike Fonzie. I kicked him through the stained glass window of Al’s Drive-in.”

While that may not have pleased fans of The Fonz, it did catch the attention of some Disney execs — former Happy Days star Ron Howard’s romantic comedy Splash would be the first film released under Disney’s new label Touchstone Pictures, and they needed a leading man to fall in love with Daryl Hannah’s mermaid-in-human-guise.

“Ron Howard had already left the show, and he was directing, and they had written this movie called Splash,” Hanks explained. “And it was at Disney, and no one wanted to work for Disney, and no one would take the job. And eventually, they said, ‘Hey, this guy who kicked Fonzie through a plate-glass window might be good.’ And so I ended up auditioning for that.”

And the rest, as they say, is history. Splash, co-starring John Candy and Eugene Levy, was a commercial and critical success, giving Hanks an Oscar nomination for Best Original Screenplay and establishing him as a true cinematic star.

Though there has yet to be a rematch between Winkler and Hanks.

Continue Reading
You may also like...
Related Topics:Tom Hanks