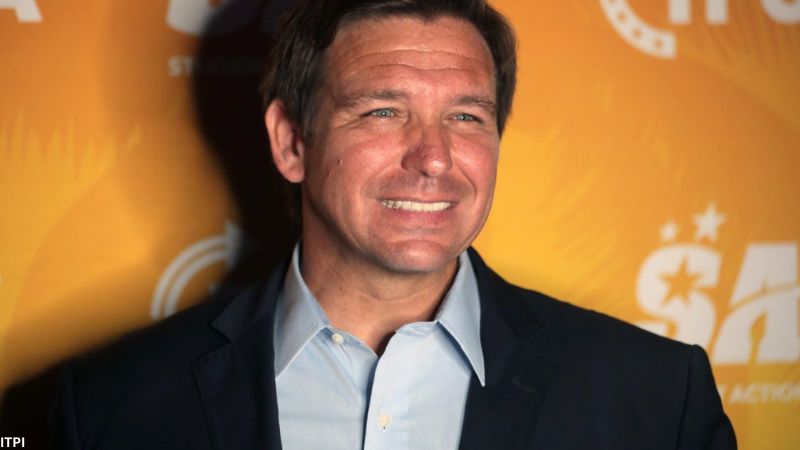 Florida Republican Gov. Ron DeSantis announced Monday that he will sign bills increasing teacher salaries by a record amount, but he also wants to crack down on teachers’ unions.

DeSantis proposed at a school board gathering in Orlando that teachers write a check to their unions every month rather than having the dues deducted automatically from their paychecks.

DeSantis’ newest “Freedom Blueprint” plan looks to be similar to legislation presented by the Florida legislature in 2021 and 2022 that was labeled “anti-freedom” and “anti-educator” by the state’s largest teachers’ union, the Florida Education Association.

“It puts big government between educators and their constitutionally guaranteed right to join in the union to advocate for their students and profession,” Florida Education Association President Andrew Spar said in 2021.

Teachers’ unions have been one of the governor’s most vocal opponents, especially since the autumn of 2020, when they rejected his drive to reopen schools during the pandemic and when DeSantis outlawed mask mandates in the classroom.

DeSantis’ proposal would establish a new barrier for organized labor in Florida, where the “Right to Work” is already guaranteed by the state constitution. Under existing legislation, Florida workers can choose not to join a union, which limits unions’ ability to collect dues from employees who benefit from negotiated worker rights.

Anti-union legislation suggested by the Assembly in past years would have applied not only to teachers but also to other public employees. Aside from eliminating automatic payments, they would have required employees to renew their union membership on an annual basis, and unions with fewer than half of their members to recertify with the state.

DeSantis’ idea on union dues is framed as “paycheck protection” for teachers, and he claims it will “be a more accurate reflection of who wants to be a part of this or not.” In his remarks, he linked the union reforms to what he called the state’s “biggest increase” in teacher compensation.

“It’s more of a guarantee that the money is actually going to go to teachers,” he said at the retreat, “and not be frittered away by interest groups who get involved in the school system.”

The Florida Education Association told Insider that combining the two ideas would be impossible since teacher salaries would be included in the state budget, whereas union reforms would be legislation, “but the governor may link them rhetorically.”

The governor’s budget is due 30 days before the start of the legislative session in April 2023.

During his address, DeSantis admitted that adjustments to union dues may emaciate labor groups, but he stated that teachers who do not pay dues should be decertified.

“You shouldn’t be able to continue as a zombie organization that doesn’t have the support of the people you’re supposedly negotiating for,” he said.

The past two anti-union bills failed in committee due to opposition from the Florida AFL-CIO and the Florida Education Association. Republican Sen. Kathleen Passidomo of Naples, who led the Rules Committee during the 2022 legislative session and is now President of the Florida Senate, refuses to take it up.

Passidomo’s office did not reply quickly to a request for comment on whether she would be open to the governor’s idea.

In November, Florida voters re-elected DeSantis by a historic 20-point margin, giving him a GOP supermajority in both the state House and Senate. During his first term, the Florida legislature was mainly receptive to DeSantis’ agenda, and that tendency is expected to continue if he is inaugurated a second time in Tallahassee on January 3, 2023.

Should DeSantis decide to run for president in 2024, he is widely regarded as the most threatening Republican opponent.

DeSantis made reforming school boards one of his main goals during the November elections, and he vowed Monday that he will continue that battle in future election cycles. According to the DeSantis campaign, over 250 people attended the meeting on Monday, including school board members DeSantis supported as well as parent groups.

Continue Reading
You may also like...
Related Topics:Ron DeSantis