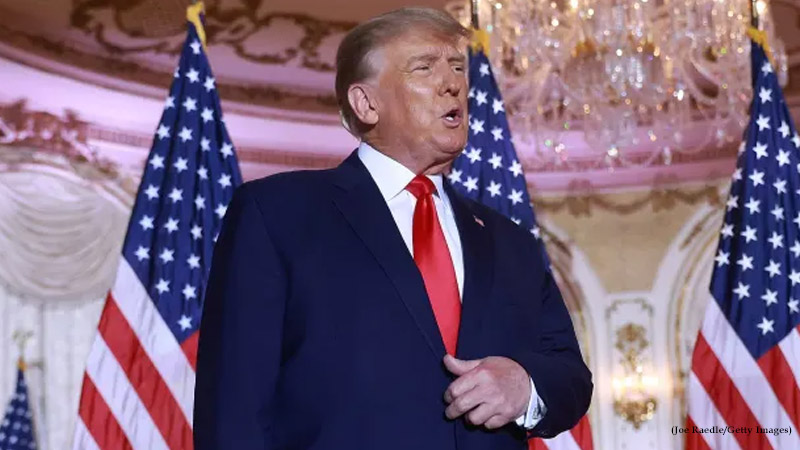 The District of Columbia Court of Appeals heard arguments in former President Donald Trump’s appeal of E. Jean Carroll’s defamation lawsuit, and while the case involves a rape claim, what’s at issue is whether presidents may be sued for remarks made while in office. The lawsuit involves longtime Elle advice writer E. Jean Carroll’s rape claim against Trump, as well as Trump’s subsequent denials.

Carroll said in a New York Magazine column in June 2019 that Trump pushed himself on her in a dressing room at Bergdorf Goodman in the mid-1990s. At the time, Trump was president. Carroll made the rape allegations public, and he flatly rejected it in a series of newspaper statements in which he mocked her appearance and said she made the charge up to sell her memoir. Trump even went so far as to say he’d never met Carroll, but that was quickly refuted by a photo showing the two conversing at a party in 1987.

Carroll filed a defamation lawsuit against Trump in November 2019, claiming that her career suffered “as a direct result of Trump’s defamatory statements.” Trump and the Department of Justice, which later intervened in the lawsuit, have claimed that he is protected by the Westfall Act, a federal statute.

The Westfall Act protects government employees from being sued for conduct taken in the course of their employment. The act is frequently used to protect US Postal Service employees from being sued for vehicle accidents in which they are involved. In such cases, the US government becomes the defendant. However, the courts have been divided on whether the Westfall Act applies to Trump in this case.

In October 2020, US District Judge Lewis Kaplan found that it did not, stating that it was evident that was not acting in his official role when he denied Carroll’s rape allegation. “His comments concerned an alleged sexual assault that took place several decades before he took office, and the allegations have no relationship to the official business of the United States,” Kaplan wrote.

Mark Freeman, an attorney for the DOJ, noted at the beginning of his argument that Trump’s comments about Carroll were “plainly” not appropriate. But, Freeman said, “part of the job of a senior elected official is to be responsive to the public and the media on matters of public concern and major public controversies and that when they do so they generally act within the scope of their office or employment.”

Carroll is unlikely to be affected by the appeals court judgment since she filed a second case against Trump in November. That case is also related to her rape accusation, and it contains a defamation claim against Trump for labeling her charges a “Hoax and a falsehood” on his social media site, Truth, in October 2022. He will not be able to use Westfall Act protection since he made such remarks after leaving the White House.

Chin wrote that “no President could be held accountable for the damage done in front of a microphone or in an official meeting whether defaming a citizen, exposing classified national security information, or inciting a riot.” “This is not, and should not be, the law,” Chin wrote. Carroll’s attorneys have requested that both lawsuits be heard simultaneously, and the first lawsuit’s trial date is set for April 10.