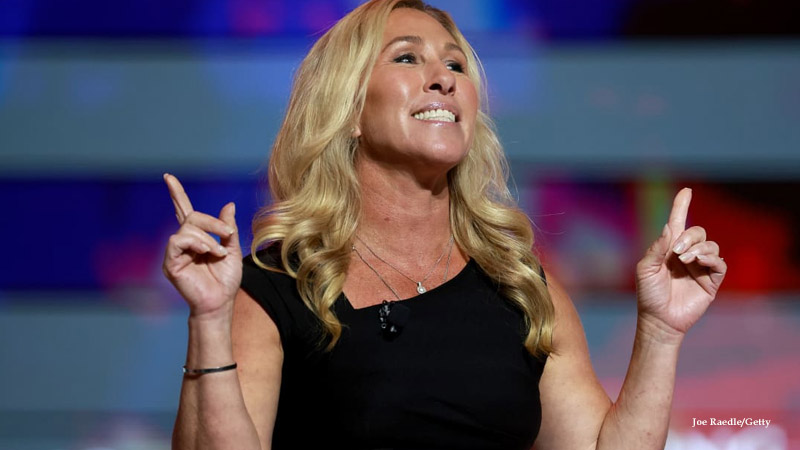 GOP infighting over who will become the next speaker appears to be boiling over.

In an op-ed for The Daily Caller last week, Greene wrote that “lying to the base is a red line” and “that’s what five of my closest colleagues are doing when they claim a consensus House Speaker candidate will emerge as they oppose Kevin McCarthy.”

The conflict of words has only gotten more public in the recent week, not just amongst fellow members of Congress, but also as far-right pundits join in.

The Daily Beast earlier reported on Friday that members of the far-right have begun to turn on Greene because of her vocal support for McCarthy.

“Marjorie is NOT America First, but regrettably a faker and a liar who raised millions claiming she would impeach Biden, and now backs a man for Speaker who refuses to impeach Biden,” far-right radio host Stew Peters told The Daily Beast.

The floor vote for House Speaker is scheduled for January 3.