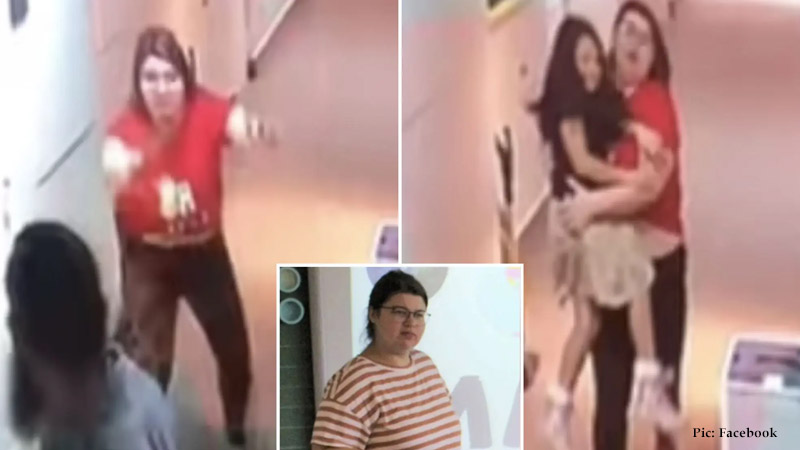 A teacher at an Ohio Catholic school for deaf children was suspended after being accused of throwing a 9-year-old student. According to local WCPO, the Dec. 6 incident at St. Rita School for the Deaf in Evendale, Ohio, north of Cincinnati, was recorded on security tape and released to local media by the mother of the kid involved.

The video appears to show the unknown teacher lifting up the little girl in a hallway before the video glitches and continues when the youngster is on the ground. Another viewpoint of the incident shows the teacher scooping up the girl in the corridor, but the details of what happened after that are unknown.

“No matter what way you watch it, it’s very obvious that that was a malicious act. It wasn’t accidental,” Alexys Wells told WCPO. “When I had first seen the video, I was so outraged that I had to take a minute. I was completely speechless, and couldn’t really focus on what I wanted to say.

The next day, St. Rita School reported what transpired as “a minor incident,” according to Wells. The Archdiocese of Cincinnati maintains St. Rita School, which confirmed to Fox News Digital that “an incident involving a teacher occurred” on December 6 that is still being investigated, that local law enforcement was notified, and that the teacher has subsequently been placed on administrative leave.

“Any actions by a St. Rita School staff member that do not exemplify respect and dignity for the children entrusted to our care are addressed promptly,” the spokesperson continued. “The safety of students and staff at St. Rita School is of paramount importance.” “In the interest of privacy for the child involved and because this is a personnel matter, no additional information is available at this time.”

How to determine the difference between Covid-19, influenza, respiratory viruses, and the common cold
Mum finds ‘missing’ son in chimney after he went to find Santa: “His sister tried to follow him”