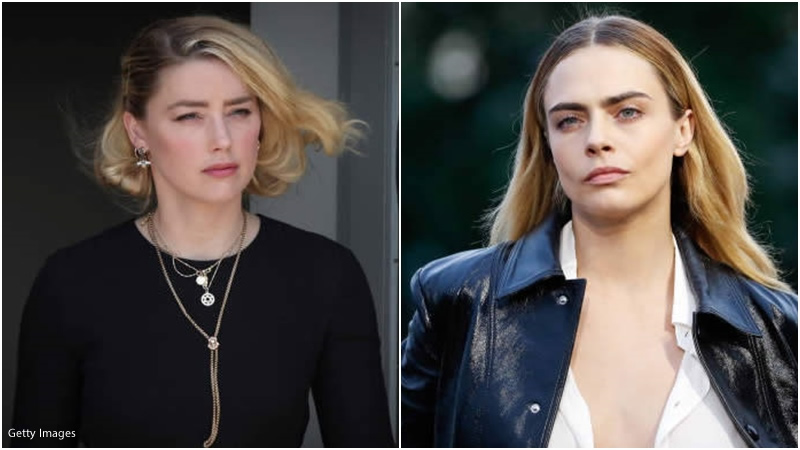 The Internet once again features the infamous elevator that most likely caused Amber Heard to lose the lawsuit against Johnny Depp. The elevator where Amber Heard was seen with James Franco and Elon Musk is known as the ECB elevator. This time, Amber Heard is seen making out with an unknown woman.

Did Cara and Amber have a relationship?

One of Amber Heard’s “friends” did admit in court during the first trial in the UK that the actress had a relationship with Cara Delevingne. Up until today, there was no information about this provided to the public. These images were posted online by film journalist Andy Signore; they are highly revealing and he appears to be the first person to have them.

Andy asked a woman who lived in the same building to confirm that this is the identical elevator from the videos with Musk and Franco. Although Signore did not specify a timeline for the images, the other woman concurred that the woman clearly resembles Cara.

These pictures of Amber Heard being caught red-handed once more will surely spread throughout the Internet all week. More proof of her adultery mounts as she makes an effort to divert attention with interviews and a new book deal. The pictures are genuine, despite the channel’s assertion that Cara Delevingne is the other woman.

Another alleged footage of the same elevator, in which Heard is seen with Cara and Musk, is apparently circulating, but getting it will be difficult. You’ll be the first to know if we do manage to obtain those. All we can do for the time being is present you with these photos of Amber with a woman who somewhat resembles Cara Delevingne. Judge for yourself.