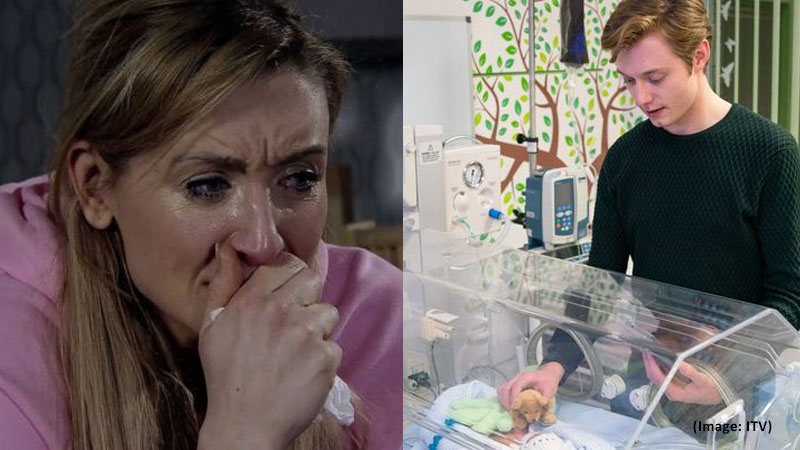 While Coronation Street is known for bringing hot love scenes and shocking storylines to Weatherfield, the ITV drama is also jam-packed with soap secrets and behind-the-scenes surprises from the set.

Hundreds of characters have walked the famous cobbles, drank a pint at the Rovers Return, and dined at Roy’s Rolls over the show’s 62-year history.

But, what goes on behind the scenes?

From prosthetic babies to bogus booze, some of the show’s biggest stars are spilling the beans on the show’s most surprising behind-the-scenes secrets…

Corrie viewers may recall being introduced to Sinead and Daniel Osbourne’s son during the dramatic scenes in which the baby boy was born prematurely, as per Dailystar.

Rob Mallard, an actor, has shared some interesting facts about how he used a prosthetic doll to film scenes with his fans.

“There’s a hand pump at the back,” Rob shared his thoughts with What’s On TV. “We’d be sitting crouching on top of the incubator and looking lovingly at this jelly-bearing baby. Then, there would be a nurse standing by my knees slowly pumping their stomach so it rises.

“When it comes to the acting, as long as you trick yourself into believing it’s real, you don’t have to think about it. But one of the downsides to being busy is that you get burnout, and your brain will go, ‘This isn’t real; I don’t need to worry about this.”

He continued: “The difficult thing with an inanimate object is that with another actor you have eyes to look into. Whereas with this, you don’t get anything back.”

When Sinead and Daniel have their child, the actor, 26, has stated that he would love to work with a real baby screen.

Rovers have the best booze secrets

Anthony Cotton, the actor, revealed some Rovers Return secrets to his fans in a candid interview with the Loose Women women.

The actor, who plays Sean Tully on the ITV soap, told the panel what the alcoholic beverages are really made of while sitting in the show’s pub.

According to Antony, the pumps are real and you can pour beer from them, but it isn’t beer.

“It’s a mixture of, like, shandy bass and non-alcoholic lager, and they decant it into a beer barrel.”

Antony went on to say how “disgusting” the beer is. He claimed that Sean disliked lager and that he would never have to drink it while filming.

He confessed: “It is disgusting. The best decision I ever made was in my first scene in the Rovers. The script said, ‘Sean is drinking a pint,’ and I was like, ‘Oh no he’s not.”

Tears on the set

Catherine Tyldesley of Corrie revealed in 2018 that she burst into tears on set while filming “tough” scenes following Aidan’s suicide.

The actress, who played Eva Price from 2011 to 2018, told fans that she was so taken aback by the storyline that she cried while the cameras were rolling.

Aidan, who played Shayne Ward, was a former pop star. He committed suicide after a secret battle with depression.

The Sunday Mirror interviewed Catherine: “The scenes asked for Eva to cry, but I didn’t have to try.

“I replayed all of the scenes that we had played together, including all the wedding scenes. And the tears just flowed.

“I enjoyed working with Shayne so much and I had all those memories to draw on.”

Catherine bravely spoke out during filming about her suicide connection in an effort to encourage men to talk more about their mental health.

Catherine shared this with the Mirror “I know several people who have been lost to suicide and I think most people have had the experience of the tragedy of someone taking their own life.