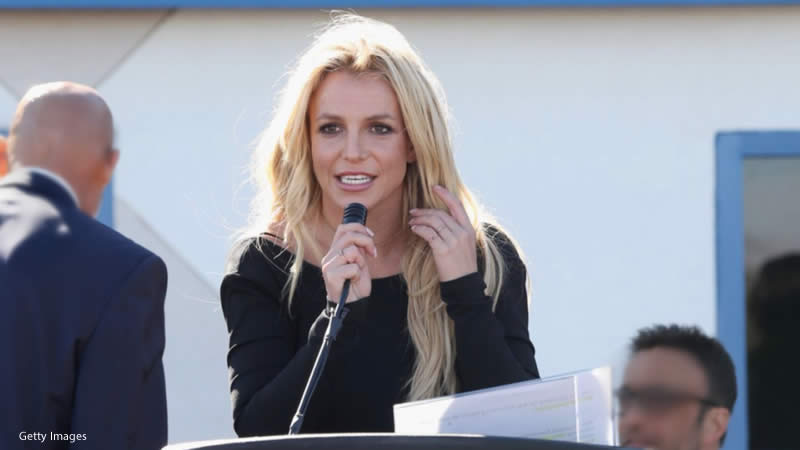 Britney Spears and her lawyer, Mathew Rosengart, have been invited to testify before Congress about conservatorships, following her release from her own 13-year conservatorship in November.

The letter, which Spears shared on Instagram and was dated December 1, 2021, was written by Reps Charlie Crist and Eric Swalwell and complimented her on her “achieved justice.”

“Your journey towards justice will inspire and empower many others who are improperly silenced by the conservatorship process,” the representatives wrote. “Many concerning issues that are commonplace in the guardianship and conservatorship process were brought to light. Especially the troubling news that, for years, you were unable to hire your own counsel to represent your personal and financial interests.”

In her post on Wednesday, Spears wrote that she had received the letter “months ago” and though she was “immediately flattered,” she “wasn’t nearly at the healing stage” she is now.

“Because of the letter, I felt heard and as I mattered for the first time in my life !!! In a world where your own family goes against you, it’s actually hard to find people that get it and show empathy,” she wrote, adding: “I want to help others in vulnerable situations, take life by the balls, and be brave.”

Spears did not say whether she accepted Congress’ offer to speak, but she did thank them for inviting her.

Rep. Crist has previously shown an interest in the “Toxic” singer’s case. In July 2021, he and Rep. Nancy Mace introduced the “Free Britney” bill, a bipartisan bill to end conservatorships.

In July 2021, the ACLU also intervened in her case, filing an amicus brief in support of the pop star’s right to choose her own conservatorship attorney. She was later granted permission, and Mathew Rosengart was brought in.

In November, Los Angeles Superior Court Judge Brenda Penny dismissed the conservatorship that had ruled Spears’ life since 2008. The decision came two months after her father Jamie Spears was suspended as the conservator of her estate.