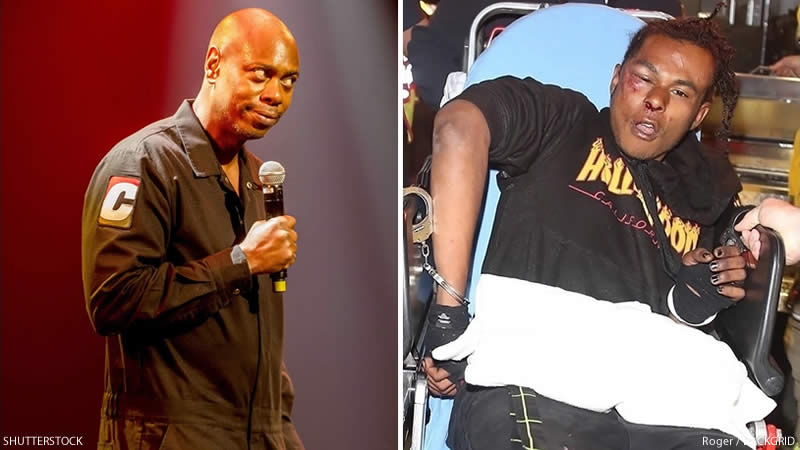 Isaiah Lee, the 23-year-old guy who attacked comedian Dave Chappelle during his performance, has spoken out about his motivations.

Lee added that he is bisexual and wanted the 48-year-old comic to know that his earlier stand-up show, in which he made jokes about the LGBT community and homeless people, was triggering for him.

“I identify as bisexual … and I wanted him to know what he said was triggering,” Lee told New York Post at Twin Towers Correctional Facility in Los Angeles over the weekend. “I wanted him to know that next time, he should consider first running his material by people it could affect.”

Lee referred to the “Netflix is a Joke” show held on May 3 and shared that he was expecting to have a good time during the performance but instead he got angry at his jokes.

The man went on to reveal that he is a single father of a five-year-old kid. “I’m also a single dad and my son is five,” he said. “It’s a struggle and I wanted Dave Chappelle to know it’s not a joke.”

The Los Angeles City Attorney’s Office charged Lee with violence, possession of a weapon with intent to assault, and two other misdemeanor counts.

Ahead of the assault on stage, Chappelle said, “A lot of the LGBTQ community doesn’t know DaBaby’s history. He’s a wild guy. He once shot a n—r and killed him. In Walmart. Oh, this is true. Google it. Nothing bad happened to his career.”

“Do you see where I’m going with this? In our country, you can shoot and kill a n—r, but you better not hurt a gay person’s feelings!” the comedian added.

The video of the attack was published on Twitter by a user. Lee is seen towards the end of the video with a broken right arm and black eyes caused by the security.

Apart from stand-up comedy, the comedian was last seen featured in a TV series, “Dem Tinseltown Homiez, the Hollywood Guys” in February. He also appeared in 2018’s movie, “A Star Is Born” starring Bradley Cooper and Lady Gaga.