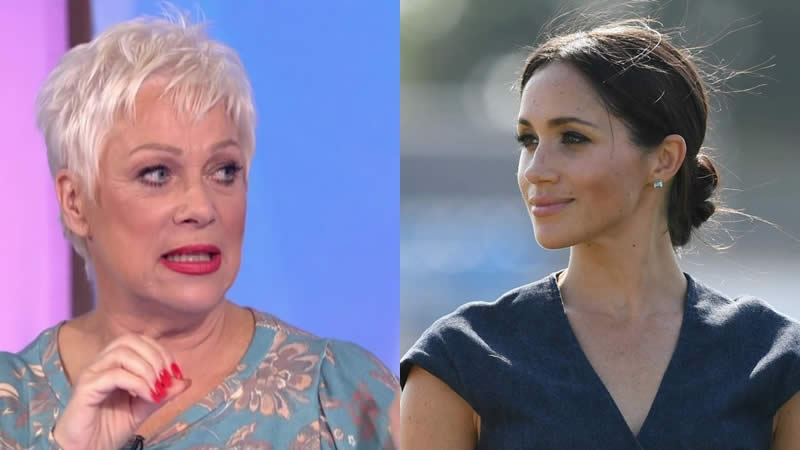 It is said to be “a shame” that the Duchess of Sussex left her royal duties after she was welcomed by the royals.

During a discussion about the British royals on Monday’s episode of “Loose Women,” ITV host Denise Welch expressed her frustration at not being able to defend Meghan Markle.

During the episode, the 63-year-old English star, who has been a co-host on the morning show since 2018, missed the opportunity to share her thoughts on the royal family. She particularly missed an opportunity to express her support for the Duchess of Sussex when fellow host Jane Moore made a dig at the mother-of-two.

Is it finally time to recognize Camilla as queen?

On today’s show, the #LooseWomen will be discussing the Queen’s wishes for daughter-in-law Camilla to be called ‘Queen Consort’ when Prince Charles is crowned King. So, we want to know what your thoughts?

Moore attacked the former “Suits” star during a conversation about Camilla becoming Queen Consort. She drew comparisons between the two duchesses and praised the Duchess of Cornwall’s tenacity and dedication to the royals.

She said Camilla’s entry into the royal fold may not have been “right” as she alluded to the duchess’ relationship with Prince Charles. But she “just quietly got on with it” and has been “really dutiful, done all the stuff the Royal Family are expected to do.”

Meanwhile, Meghan Markle, who married Prince Harry in May 2018, will step down from her royal duties in March 2020. Archie, 3, and Lilibet, 8 months, now live in Santa Barbara, California, with their two children.

“I think there’s a real lesson in that in a way, for Meghan. Because Meghan came here and everybody loved her,” Moore said adding that the Duchess of Sussex “didn’t like” staying in the U.K. and was homesick. She called it “a shame” that she did not do as Camilla did and “just got on with it.”

In response, Welch took to Twitter to air her frustrations. She wrote, “#LooseWomen Omg I hate it when I read the comments on today’s show and I wasn’t on it!!! I love the chance to stand up for Meghan!!!!”

Fans of Meghan Markle also chimed in to defend her. One said the comparison was unwarranted and called Moore’s obsession with the royal “quite strange.” Another wrote, “I knew you would Denise, you had her back from the beginning, most of the panel hates her, WHY!! that’s why I do not watch ‘Loose Women’ anymore, as a matter of fact, I do not watch morning tv just because of the hate that’s unleashed on the Sussexes.”