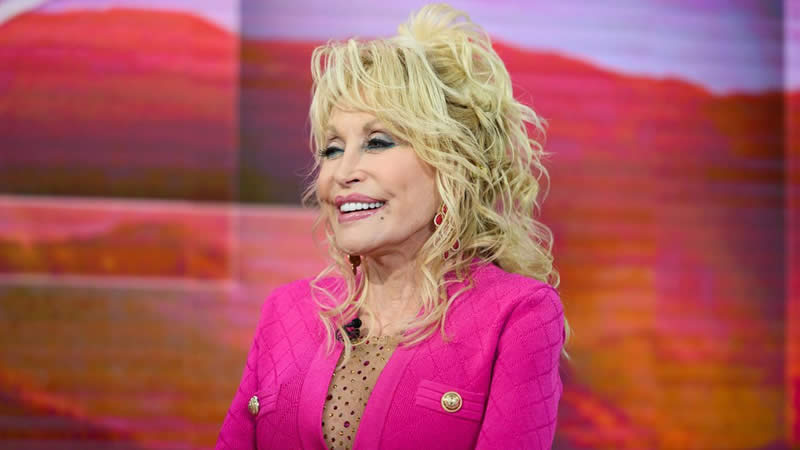 While many music icons have had tumultuous love lives, sometimes involving marriages that last only a few days or even hours before being called off, Parton has managed to maintain her marriage while remaining one of the greatest singers of all time.

It can’t always be easy to maintain a strong marriage, especially when one of you is a world-famous icon, but the couple has done so for a long time.

After five and a half decades of marriage, the 76-year-old has revealed how she ‘keeps things spicy’ with her husband.

‘I like to dress up for Carl’, the star explained, per The Independent. ‘Every day, I put on some makeup and fix my hair because I think, “Well, the whole world, I’m out here and everybody else sees me all dressed up, and I’m not going to just kind of go home and just flop on him”.’

She added: ‘Nobody wants to make out with a slouch! It’s important to me that I look as good as I can, I think it kind of helps keep things spicy.’

Parton has also treated Dean to a recreation of her iconic Playboy magazine cover for his 79th birthday in July last year, in addition to dressing up for him to the same level she does when out and about in her celebrity guise.

Parton stated that her husband has ‘always loved’ the magazine cover and that she has made him breakfast dressed as a bunny, which she posted on Instagram to the delight of fans.

That’s not to say the couple doesn’t have ups and downs like any other marriage, as Parton previously stated that she sometimes wishes ‘Jolene’ from her famous song would show up and try to steal her man when she sees him ‘snoring in his La-Z-Boy chair.’

Still, if your main complaint after 55 years of marriage is that your 79-year-old husband occasionally snores in his chair, things must be going pretty well.

Continue Reading
You may also like...
Related Topics:Dolly Parton