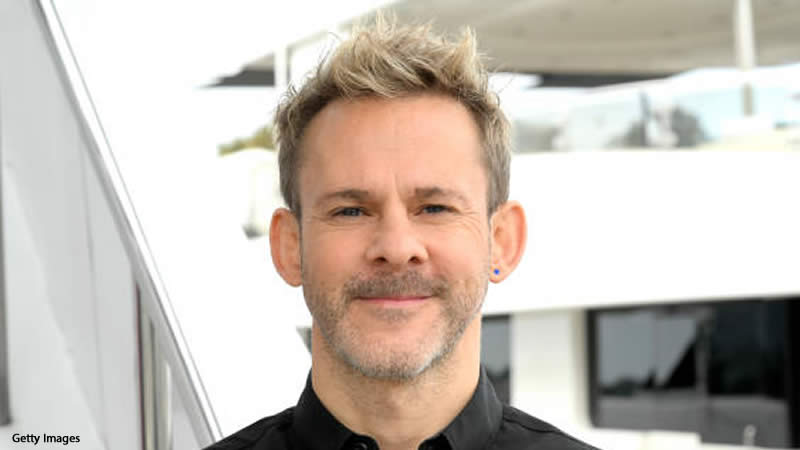 Dominic Monaghan reflected on his split with Lost co-star Evangeline Lilly during the mid-aughts, telling Anna Faris for her podcast that “I’ve only really got my heart broken once in my life.”

Dominic Monaghan and Evangeline Lilly are islands apart these days.

The Lord of the Rings actor recently opened up about his past relationships, revealing that his most heartbreaking relationship breakdown was with his Lost co-star.

“I’ve only really got my heart broken once in my life,” Monaghan shared on Anna Faris’ podcast Unqualified. “I was dating an actress on Lost called Evangeline Lilly, who, you know, has gone on to have a name all of her own.

I don’t really know how she would explain the narrative, but from my point of view, it was probably the first time in my life that I was all in.”

The actor, who dated Lilly from 2004 to 2007, noted that the two were even discussing marriage and kids. However,

Monaghan said his drinking and partying ultimately led to the split, saying, “Even though I would get my work done and at that point, I was a very committed actor toLost, I would only consider it a weekend if I was drunk out of my mind on a Friday and Saturday night. I thought that was normal.”

Monaghan continued, “I think if you are drinking often, probably your behavior, choices and mood are up for debate and I think Evie was pretty straight down the middle… I was always the guy that wanted more.”

“I think she was looking around to see what else was an option,” he alleged. “Unfortunately, there was a bit of a crossover which was upsetting for me and it exploded in my face in an awful way.”

The Star Wars: The Rise of Skywalker actor went on to say that he found out Lilly was seeing someone else while they were together because someone else told him.

He said, “I genuinely think they were trying to help. They didn’t think I had all the facts and thought there was a chance the island of Oahu was laughing at me.”

Monaghan said his sadness was worsened by the fact that he suspected the Lost crew knew Lilly was cheating on him but kept the info from him.

But, following the breakup, Monaghan actually realized he needed to make a change.

“Two months into the breakup I woke up on my kitchen floor, I didn’t know what time it was and my house was black,” he shared.

“I was surrounded by pills and I was messed up on medication. I sat up and looked at this mess in front of me and thought ‘this could have been it.’

I could have accidentally taken the wrong cocktail of stuff mixed with alcohol, mixed with where my head at, and that could have been it. At that point, it was a big turning point.”

The two never publicly commented on their split, however in 2013 Monaghan responded to a tweet about the actress’s stunning appearance in The Hobbit, commenting back, “Nah. I don’t date cheaters.”