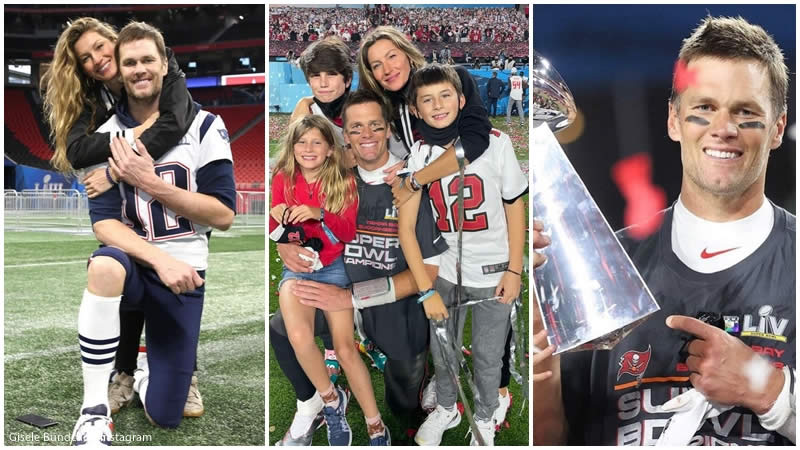 Less than two months after announcing his retirement from the NFL, Tom Brady confirmed that he’s returning to the Tampa Bay Buccaneers

Gisele Bündchen is ready to lend her support to her guy for another season.

The model expressed her anger with her husband Tom Brady’s decision to return to the NFL after previously announcing his retirement from the game.

In the message on social media Sunday, Brady wrote, “These past two months I’ve realized my place is still on the field and not in the stands. That time will come. But it’s not now. I love my teammates, and I love my supportive family. They make it all possible.”

He confirmed that he would play for the Tampa Bay Buccaneers once more.

When Brady announced his retirement from the NFL after 22 seasons in February, Bündchen congratulated him on his long career with a heartfelt post on social media.

“What a ride my love!” Bündchen, 41, captioned the Twitter post, adding a heart emoji and a tag for Brady.

She called her husband “the most dedicated, focused and mentally tough person I have ever met,” going on to mention how he “never once complained over the years about all the bruises and aches and pains. You just kept focusing on your goal to go out there and be the best leader there was to all your teammates.”

“There is nothing you can’t achieve. I have always been here for you, you know that and I’m as excited as you are for what the future holds!” she concluded at the time, before writing, “Words can’t really express how grateful I am to everyone who has been so supportive of my husband and our family for so many years.”

Last month, a source told PEOPLE that Bündchen had “been hoping he would retire already for a few years, especially after he won the Super Bowl with the Bucs” in 2020.

The source noted that Bündchen worried about her husband’s health and safety: “She hates seeing him get hit.”