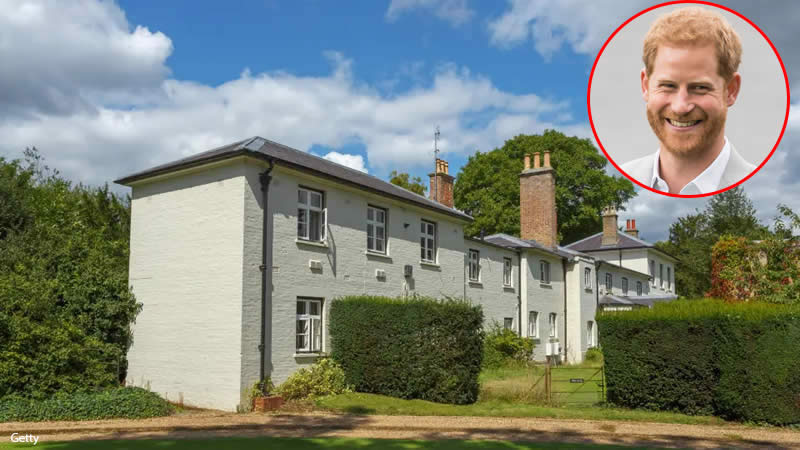 Prince Harry’s lease on Frogmore Cottage in Windsor has allegedly been renewed, letting him continue serving the Queen.

According to The Telegraph UK, the Duke of Sussex will be allowed to keep his role as one of four Counsellors of State because he qualifies as being domiciled in Britain due to his previous address.

The lease of Frogmore Cottage was set to expire on March 31, but it is believed that Prince Harry and his wife Meghan, Duchess of Sussex, have extended it.

While the Sussexes are in the United States, Harry’s cousin Princess Eugenie, Jack Brooksbank, and their son August are believed to be living there.

A spokesman for the duke said: “There are no planned changes to the current arrangement.”

In late 2019, the couple moved from Frogmore Cottage on the Queen’s Windsor Estate to North America, eventually settling in California with their son, Archie.

Harry and Meghan paid back $4.5 million (£2.4 million) in renovations to Frogmore Cottage in September 2020, including rent until March 2022.

However, in a statement released by his attorneys on Friday, Harry stated that the United Kingdom will “always be his home” and that he wanted to return to see his family and friends but did not feel safe doing so.

The Home Secretary has now been sued by Prince Harry for refusing to provide him with police protection.

He is challenging the Royal Executive Committee for the Protection of Royalty and Public Figures’ (Ravec) decision in February 2020 to remove the police protection he and Meghan had as senior working royals when they stepped down in March 2020.

Harry has argued that the decision was wrong as “he falls within the immediate line of succession” and has offered to pay for it himself.

In response, the UK Government claimed Prince Harry’s offers to reimburse the taxpayer were “irrelevant”.

Unresolved security issues are thought to be the main reason preventing Harry from reuniting with his family in the United Kingdom. Since moving, he has only returned a few times, notably for his grandfather’s funeral and the unveiling of a statue of Princess Diana.

However, Harry is said to want to keep his Frogmore Cottage address so that he may serve the Queen if needed.

He is one of the four adults next in line to the throne, along with the Prince of Wales, the Duke of Cambridge, and the Duke of York, who can all take on some of the Queen’s responsibilities as Counsellors of State if she falls ill.

Counselors of State, it is believed, must reside in the United Kingdom on a permanent basis.

With Prince Andrew’s retirement from public life in 2019 and Harry’s relocation to the United Kingdom, this has become a hot topic.

Prince William was away earlier this month, while Prince Charles was in isolation with COVID-19, putting both of them out of action.

Any changes to the Counsellors of State must be made through the law, with Parliament making the final decision.

During her 70-year reign, the Queen has only changed the position twice, adding the Queen Mother and the Duke of Edinburgh as Counsellors of State in response to a direct request from Parliament.

Camilla, the Duchess of Cornwall, was reported to be joining a group earlier this year, but she will automatically become a Counsellor of State as the wife of a monarch when Prince Charles is crowned King.