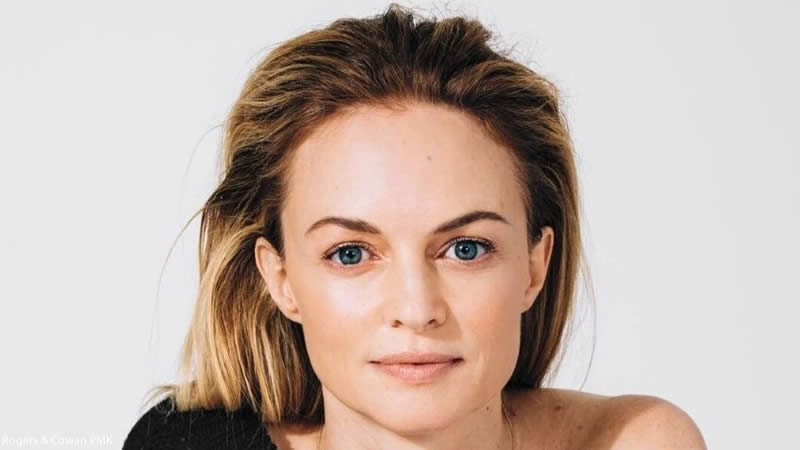 Heather Graham is heating up her Instagram feed with a photo of herself and a friend having a bath in Utah’s hot springs while on vacation.

Graham, 52, shared three photos from her trip, one of which featured her in a black bikini.

As per Fox News, her most recent Instagram post was with her friend Aisling Chin-Yee, who shared her own set of photos.

With a simple “#hotsprings,” the “Austin Powers” star kept her caption short and sweet.

In December 2021, the veteran actress starred in “The Last Son,” a film she has been a part of for a long time.

Co-host Kelly Ripa said: ‘Is that real that he plays your son ‘Is Hollywood punking us? Or was it just the time way back in the day when they had children when they were nine years old?’

Heather replied: ‘Oh you’re sweet! I could be his mom. He’s this groovy rock star. To be honest, I didn’t know who he was.

The “Boogie Nights” actress is often praised on social media for her ageless appearance. Graham shared a sneak peek at her healthy lifestyle with Women’s Health magazine in 2013.

She had been sugar-free for five years, did yoga three times a week, and practiced transcendental meditation for 20 minutes every day, according to the source at the time.

Fans posted a flurry of gushing messages as they took to the comments section to compliment the star on her ‘ageless’ looks.

One follower penned: ‘How old are you heather? 25? You look fantastic!!!’

Continue Reading
You may also like...
Related Topics:Heather Graham