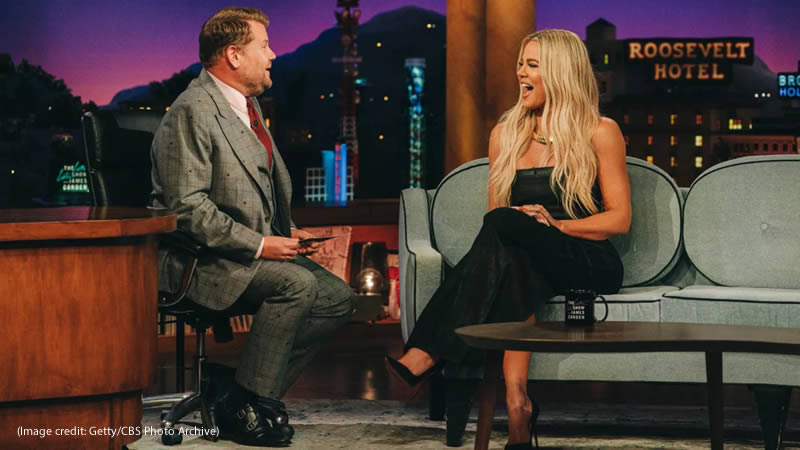 After learning that Khloe Kardashian was worried about her Late Show appearance due to trolling, James Corden gave her some advice.

In upcoming scenes of Hulu’s The Kardashians, the Gavin and Stacey actress consoled the mother-of-one, advising her not to pay heed to ugly keyboard warriors on Twitter.

‘You’ve got nothing to be anxious about,’ James told Khloe, causing her to disclose she was concerned about the ‘aftermath’ due to harsh comments.

‘Oh f**k that! Why are you even looking at it?’ James responded. ‘All you have to remember is none of these things are about you. It’s only a representation and a reflection of them.

‘What somebody thinks of you is none of your business,’ he then stressed. ‘How can anyone judge anyone when they don’t know them?

‘These words only exist if I give them any power.’

Last week, The Kardashians arrived on Disney Plus, with Kim Kardashian addressing a problem that harkens back to her s*x tape from 20 years ago, as well as teasing her first time hosting Saturday Night Live.

As per Mashable, the new series will be more documentary-style than the original Keeping up with the Kardashians, and it will bring us up to date on current Kardashian-Jenner events.

Viewers will hear behind-the-scenes details on Travis’ lavish proposal to Kourtney and an inside look at Kim and her now-ex Kanye West’s breakup/drama.

Pete Davidson, Kim’s current boyfriend, will not appear on the show until season two, but she will tell how they met and who reached out to whom.

Continue Reading
You may also like...
Related Topics:khloe kardashian