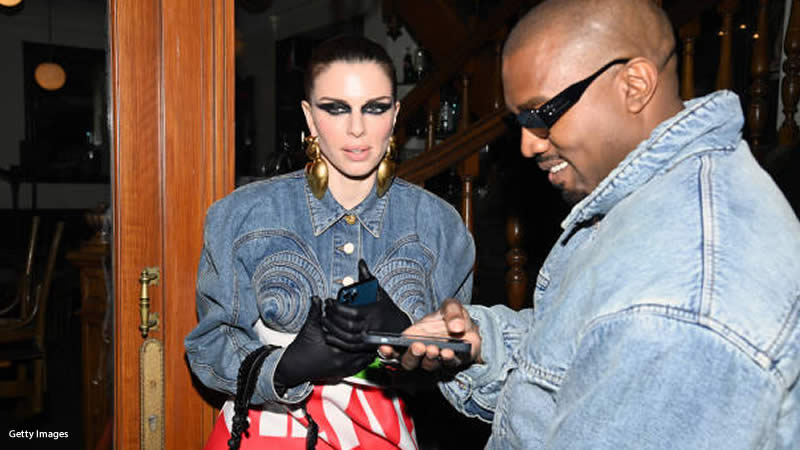 Kanye West attempted to reconcile with his ex-wife Kim Kardashian for some time after she filed for divorce from him after six years of marriage. During that time, however, the rapper dated several women, including Julia Fox.

The social media maven was open about her relationship with West while it was still going on, and she’s since shared more details about what it was like to be with him.

In her most recent musing on the whirlwind romance, the star claimed that it harmed her career in one crucial way.

Julia Fox appeared to enjoy her relationship with Kanye West, which began in January 2022 and reportedly ended in February. During that time, the Grammy winner lavished Fox with gifts, including a brand-new wardrobe.

During their time together, West and the Uncut Gems alum were also seen enjoying some sweet date nights. She now claims that her relationship with the rapper has affected the number of acting roles she’s received recently:

“After the big relationship and all the things that followed, I definitely felt like, ‘Oh, I feel a shift in an acting way,’ not in a good way. I’m not getting as many offers as I was before, weirdly. …

That was something that I noticed. And I was like, ‘OK, this is weird.’ There’s been a lot of weird drawbacks with reaching that level of notoriety.”

It is impossible to say whether the actress is losing roles because of her previous relationship with Ye, she did, as previously stated, experience a significant increase in fame as a result of the romance.

One could argue that she was simply known as the actress who starred in Adam Sandler’s critically acclaimed 2019 dramedy “I’ll Fly Away” before she began dating the “I’ll Fly Away” performer.

The 32-year-old actress has since made a name for herself as a social media influencer and podcast host. To that end, even though she doesn’t appear to have as many acting opportunities on the horizon, it appears she still has a lot on her plate, according to her comments on Emily Ratajkowski’s High Low with EmRata podcast:

“I’m so busy. I think things come to you at the right time, so that’s why I’m also really not stressing. I really don’t care, because I know I just have to trust the process.”

Since she’s revealed that shortly after they started dating, West had her clothes boxed up to make room for new clothes.

As the star of No Sudden Move put it, she was “packing up” her old life to be with Ye. She also faced backlash at the time, with some accusing her of dating West solely for the sake of fame, which she quickly refuted.