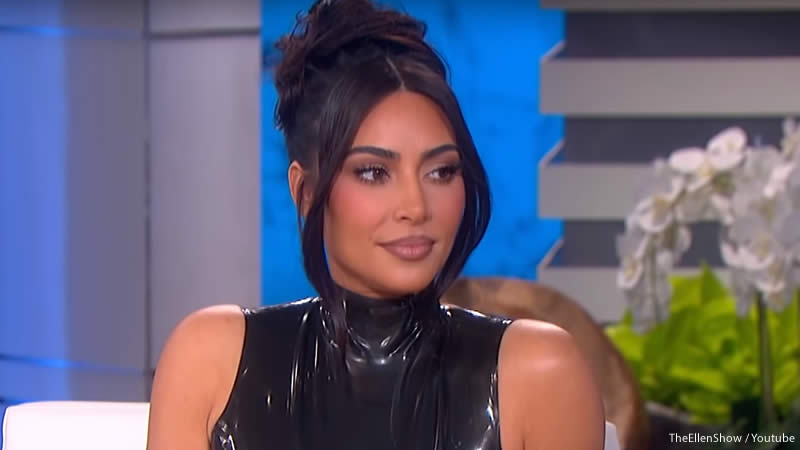 Pete Davidson’s new tattoo on his chest is her name, according to Kim Kardashian. It seems that their relationship, which has been the subject of rumors since their SNL spoof, is becoming more serious by the minute. This must be far more painful for Kanye West than being branded with a hot iron rod.

For those who are not aware, Kim and Kanye separated last year. The rapper’s outburst on social media coincided with the start of dating rumors between her and Pete. Ye has also been pursuing Kim K for their four children’s custody rights. While many of his followers are rooting for him, others have labeled his acts as ‘harassment.’

Despite the drama between Kim Kardashian’s new boyfriend Pete Davidson and Kanye West, the new couple is enjoying life together. They’re doing everything from romantic dinner dates to showing off their hickeys. Now, the make-up mogul has revealed that the comedian has gotten a new tattoo.

Kim Kardashian touted her new Hulu series, The Kardashians, while on The Ellen DeGeneres Show. Later, she was questioned about her new relationship with Pete Davidson, as well as the fresh ink is seen on the comedian’s chest after he shared a selfie of him to Kanye West while saying, “in bed with your wife.” “It’s my job as an interviewer to ask about the tattoo,” Ellen said.

“He posted this selfie … and [fans are] reading into it, saying that there’s a tattoo that says ‘Kim,’” she added. To this, the KUWTK star replied, “He has a few tattoos, a few cute ones, that he got.” After asking to elaborate more on that, Kim described them as “cutesy things,” added, “My favorite one … says, ‘My girl is a lawyer.’”

Kim Kardashian revealed that the ‘Kim’ tattoo on Pete Davidson “isn’t a tattoo, it’s actually a branding.” “Because he wanted to do something that was really different,” she continued. The SKIMS owner also addressed going Instagram official with Pete. “I have the cutest pictures of us, and I want to be like, “Oh, my God, we’re so cute,” but then I’m like, “Don’t be so desperate. Don’t be posting so much, just give a glimpse,”‘ she said.