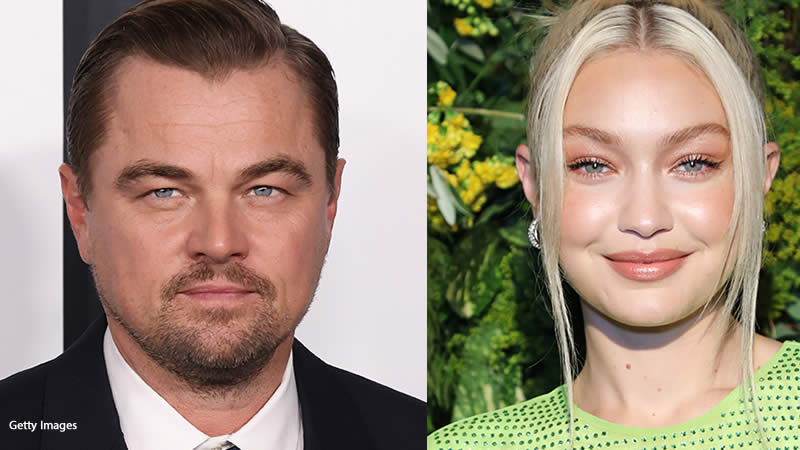 Leonardo DiCaprio‘s divorce from American model Camila Morrone was only announced last month, but it appears the 47-year-old is ready to move on.

According to US Weekly, the Oscar-winning actor now has “his sights set on Gigi Hadid.

As for what the 27-year-old supermodel thinks, the insider explained: ‘Leo does have his sights set on Gigi, but she hasn’t shown an interest.’

They added: ‘They’re friends, but she doesn’t want to be romantic with [him] right now.’

When asked about DiCaprio and Morrone’s breakup, a source told the same publication, ‘Leo and Camila just weren’t having fun anymore.’

‘The honeymoon phase was over and things faded out.’

Last month, another source told the publication the Titanic star had ‘been attending events and going on vacations without [Morrone], from the Care Gala to Unicef Gala to Saint Tropez’.

They added: ‘He has been spending more time hanging out with all his pals like Tobey McGuire and Jamie Foxx.’

DiCaprio and Morrone first became romantically involved in 2018 during a trip to Aspen, Colorado.

Although they kept their relationship private, Morrone expressed frustration with the media scrutiny surrounding her and DiCaprio’s relationship to the Los Angeles Times in 2019.

She said at the time: ‘There are so many relationships in Hollywood — and in the history of the world — where people have large age gaps. I just think anyone should be able to date who they want to date.’

Morrone added: ‘I feel like there should always be an identity besides who you’re dating.

‘I understand the association, but I’m confident that will continue to slip away and be less of a conversation.’

Following the couple’s recent split, a source told People that Morrone ‘is doing fine and ‘has a big group of friends that really care about her.

They added: ‘She is moving on with her life. She is not in contact with Leo.’

In October 2021, Hadid will break up with former One Direction bandmate Zayn Malik.

The former couple, who have a two-year-old daughter named Khai, dated for six years before splitting up.

Aside from her love life, Hadid has been very busy with her career life. She just launched her knitwear line Guest In Residence and was named the new co-host of Next in Fashion earlier this year.