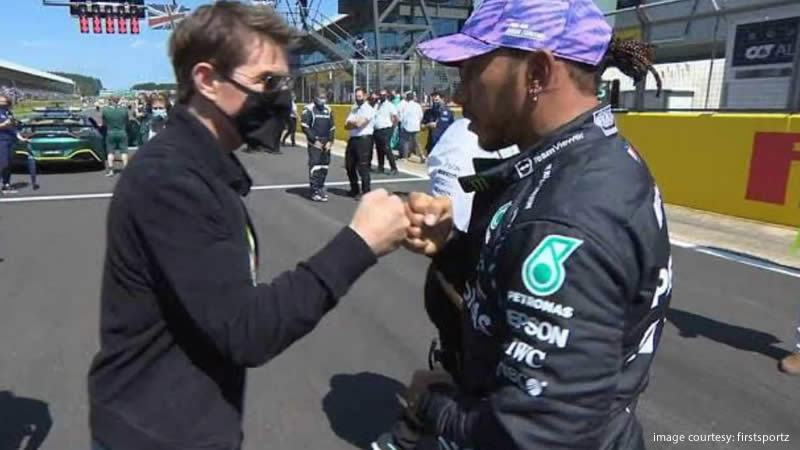 Lewis Hamilton, the icon of Formula 1, has piloted race cars to seven world championships, but he recently told VanityFair in a new interview that he had to turn down the chance to jump in the cockpit of a fighter jet for a role in Top Gun: Maverick.

A fan of the original Top Gun, and a friend of Tom Cruise, Hamilton said, “When I heard the second one was coming out, I was like, ‘Oh, my God, I have to ask him’.” He told Cruise, “I don’t care what role it is. I’ll even sweep something, be a cleaner in the back.”

Hamilton was going to be one of the pilots, therefore it appears that Maverick himself approved. As a “perfectionist” who couldn’t split his time, Hamilton had to decline the part because filming would have interfered with the F1 season’s conclusion. He recalls in the VF article that telling Cruise and TGM director Joseph Kosinski was “the most upsetting call that I think I’ve ever had.”

As one of the producers of the director’s untitled Formula 1 film starring Brad Pitt, which debuted at Apple earlier this year, Hamilton will get the opportunity to collaborate with Kosinski. Pitt will portray a driver who comes out of retirement to compete alongside a rookie against the titans of his sport.

Hamilton told VF that he met with Pitt and set up a visit for the actor to the UK factory where this year’s Mercedes Formula 1 car is being built. The driver has also been vetting the script “because the Americans that are writing it are just getting newly accustomed to Formula 1.”

As per Yahoo, Cruise and Hamilton get along well. Cruise celebrated his 60th birthday in July by cheering on Hamilton at the British Formula 1 Grand Prix. “He’s a great friend of mine. I hope he has a great day,” Cruise told Sky Sports on the starting grid.

The driver returned the sentiment, telling VF that Cruise is “one of the nicest people you’ll ever meet.”

Meanwhile, the hypersonic Top Gun: Maverick continues to defy gravity, crossing $1.35B at the global box office this past Sunday.