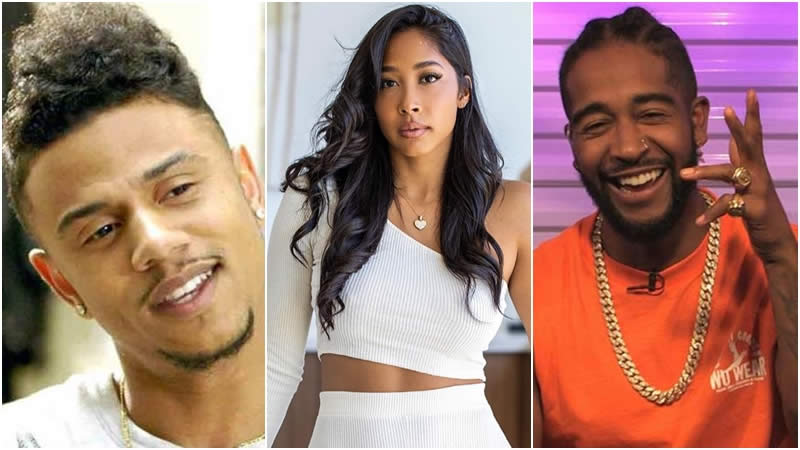 Omarion and Lil Fizz are making amends. On Friday, the B2K members took the stage at The Forum in Los Angeles, where Lil Fizz apologized for dating Omarion’s ex-girlfriend, Apryl Jones.

The admission came during a stop on the Millennium Tour, which was intended to be a B2K reunion before Omarion and Lil Fizz got into a fight over their relationship issues.

Lil Fizz, 35, an American rapper, singer, songwriter, record producer, and television presenter best known for being the youngest member and rapper of the R&B group B2K, joined Omarion on stage and brought the event to a halt to put things right.

“I don’t think it would be right if I didn’t take this moment, bro, to publicly apologize to you,” Lil Fizz shared. “I did some f**ked up s**t to my brother and I’m not proud of it, man.”

“So I want to stand here, humbly, and sincerely apologize to you,” he continued, “for any turmoil or dysfunction I caused between you and your family.”

The apology seemed to be accepted as the two hugged on stage, much to the delight of the audience.

The official B2K Instagram account posted a video of the incident, along with the caption, “It takes a humble man to apologize in front of the world and admit their wrongs. The winners of last night.”

Lil Fizz began dating Jones in 2019, which caused a breach between the former bandmates.

After four years of dating, Omarion and Jones, who have two children, 3-year-old daughter A’mei and 7-year-old son Megaa, called it quits in June 2016.

Jones and Lil Fizz had previously rejected romance rumors for months until confirming them during a previous season of Love & Hip Hop: Hollywood. The couple broke up after a few months, but Lil Fizz and Omarion’s friendship remained broken.

Continue Reading
You may also like...
Related Topics:Lil Fizz