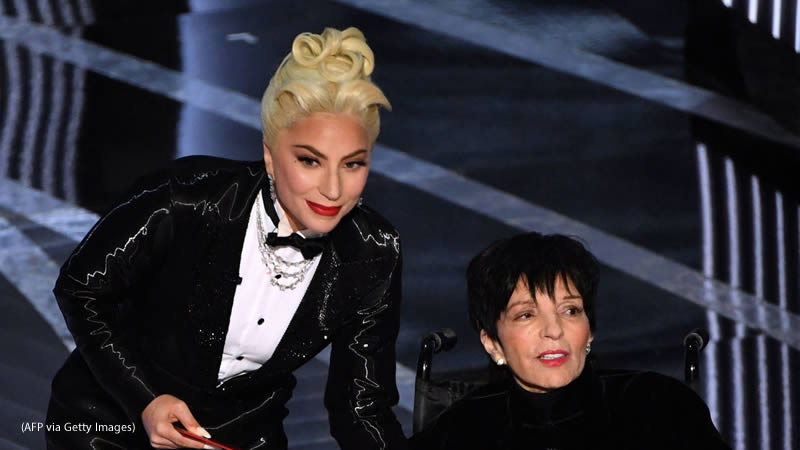 Last month, Lady Gaga and Liza Minnelli came together to accept the Best Picture award to “CODA,” bringing the tumultuous 2022 Oscars to a close.

Gaga and Minnelli’s joint participation drew praise from entertainment outlets not long after the March 27 ceremony was thrown into disarray when Will Smith slapped Chris Rock onstage. A standing ovation was given to Minnelli.

However, a friend and collaborator now allege that the “Cabaret” actor was “very disappointed” with the experience.

In an appearance on SiriusXM‘s “The Jess Cagle Show” on Tuesday, vocalist Michael Feinstein remarked, “She was sabotaged.”

As per The Guardian, Feinstein claimed that the layout was adjusted at the last minute because organizers were “shaken up” by Smith’s behavior earlier that night. Just minutes before she was scheduled to appear on stage, a stage manager notified Minnelli that she would be seated in a wheelchair rather than a director’s chair.

“She was nervous, and it made her look like she was out of it,” he said. “Can you imagine being suddenly forced to be seen by millions of people the way you don’t want to be seen? That’s what happened to her.”
HuffPost’s request for confirmation of Feinstein’s claim was not immediately answered by Minnelli’s staff.

The Academy of Motion Picture Arts and Sciences did not respond to a request for comment on his statements.

Feinstein, a five-time Grammy nominee, has performed alongside Minnelli on numerous occasions. The duo recorded the jazz standard “Embraceable You” as a duet for Feinstein’s latest album, “Gershwin Country,” earlier this year.

Scott Gorenstein, Minnelli’s former publicist, told People last month that Gaga had wanted Minnelli to be her Oscars night co-presenter. For almost a decade, the two celebrities have had a cordial relationship.

Gaga welcomed Minnelli to attend one of her concerts at New York’s Madison Square Garden in 2011, subsequently recognizing her as a personal inspiration during the show.

Continue Reading
You may also like...
Related Topics:Lady Gaga, the Oscars