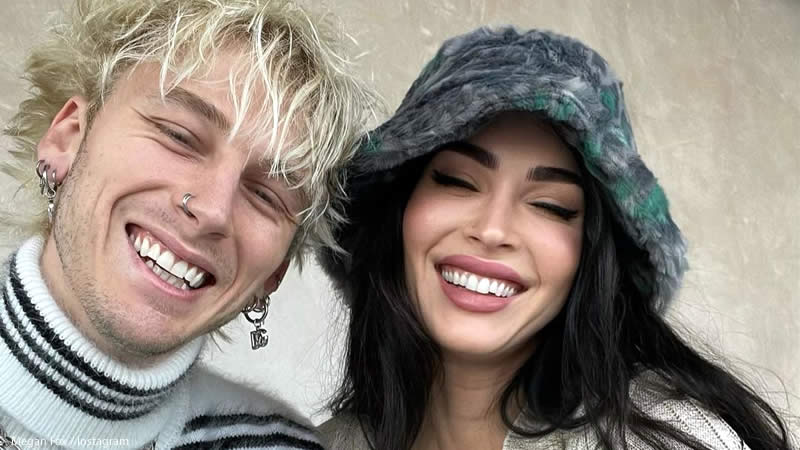 Machine Gun Kelly Osbourne and Megan Fox have admitted to consuming each other’s blood for “ritual purposes only.”

Last November, Fox announced her engagement to Kelly (real name Colson Baker) on Instagram, detailing how they had drunk each other’s blood.

Fox has clarified what she meant in a new interview with Glamour UK, adding that they simply sip “a few drops” of each other’s blood for “ritual purposes only.”

“It’s just a few drops, but yes, we do consume each other’s blood on occasion for ritual purposes only.”

She then went on to discuss their ritualistic practices in greater detail.

“I’m much more controlled,” Fox said. “I read tarot cards and I’m into astrology and I’m doing all these metaphysical practices and meditations. And I do rituals on new moons and full moons, and all these things.

“And so, when I do it, it’s a passage or it is used for a reason. And it is controlled where it’s like, ‘Let’s shed a few drops of blood and each drink it.’ He’s [Machine Gun Kelly] much more haphazard and hectic and chaotic, where he’s willing to just cut his chest open with broken glass and be like, ‘Take my soul.’”

As per EW, in the meanwhile, Machine Gun Kelly stated that following a successful transition to pop-punk stardom, he would return to rap on his next album.

Kelly’s first US Number One album, ‘Tickets To My Downfall,’ was released in 2020, and it was his first in the pop-punk genre after he appeared to abandon his rap career. It was followed by the release of the new album ‘Mainstream Sellout last month (March 25).

In a new interview about his future on the Audacy Check-In, Kelly said: “I’m going to make a rap album for myself.

For no other reason, no point to prove, no chip on my shoulder. If I keep doing things to prove things to people, I’m going to one, drive myself crazy and two, not make a good product.”

“I made ‘Tickets’ and ‘Mainstream Sellout’ because I wanted to make them,” he added. “I need to now also make people miss that sound. I’m going to do this tour and I’m gonna step into where I left ‘Hotel Diablo’ and expand on my storytelling as a rapper and find a new innovative sound for the hip-hop Machine Gun Kelly. That’s where my excitement is and where me as a music archaeologist wants to explore.”