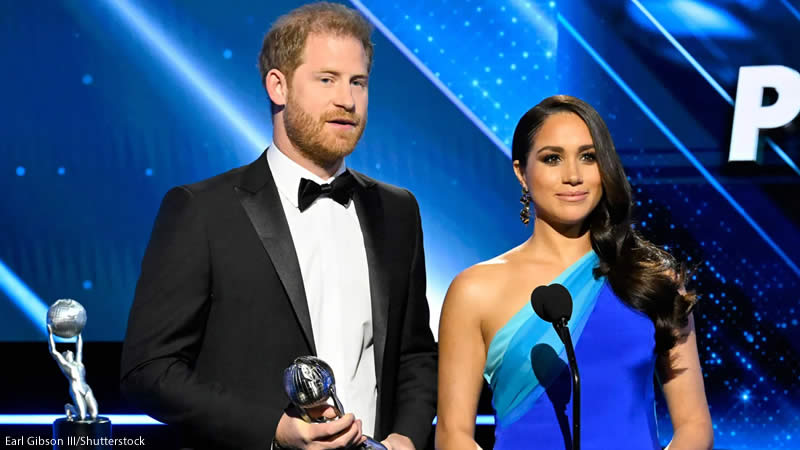 “Our lives were brought together for a reason,” the Duke of Sussex said as the couple accepted the President’s Award at the NAACP Image Awards on Saturday

Meghan Markle and Prince Harry have just joined an exclusive group of people.

On Saturday, the Duke and Duchess of Sussex took the stage at the NAACP Image Awards to accept the President’s Award for outstanding achievement and public service. Muhammad Ali, Jesse Jackson, Colin Powell, Condoleezza Rice, LeBron James, and Rihanna are among the past recipients of the award.

Harry and Meghan have supported efforts to combat the COVID-19 pandemic and focused their attention on the Black Lives Matter movement and fighting for racial justice through their Archewell Foundation, which they formed in 2020.

During the couple’s speech, Harry thanked the Black community for “welcoming me so warmly,” while Meghan, who brought her mom Doria Ragland to the awards show, said she “couldn’t be prouder.”

“It’s inspiring to think about the legacy of the Image Awards, which began shortly after the Civil Rights Act of 1964 and the Voting Rights Act of 1965 were passed into law,” Meghan said after the couple walked on stage together.

“Today, we can continue that legacy by re-establishing federal voting protections in our country and fulfilling the work of civil rights giants, like the late John Lewis.

“We are so deeply humbled to be here in the company of so many illustrious awardees.”

Harry added, “Before I begin, we would like to acknowledge the people of Ukraine, who urgently need our continued support as a global community. I also echo the immense gratitude for tonight, both for this award and this community for welcoming me so warmly.

I think it’s safe to say that I come from a very different background from my incredible wife, yet our lives were brought together for a reason. We share a commitment to a life of service, a responsibility to combat injustice, and a belief that the most often overlooked are the most important to listen to.”

Meghan then said, “And I couldn’t be prouder that we’re doing this work together. We moved to California, my home state, shortly before the murder of George Floyd. For Black America, those nine minutes and 29 seconds transcended time, invoking centuries of our unhealed wounds.

In the months that followed, as my husband and I spoke with the civil rights community, we committed ourselves and our organization, Archewell, to illuminating those who are advancing racial justice and progress.”

The couple, who wore outfits by Black designers (Meghan’s flowing blue gown is by Christopher John Rogers, and Harry’s tux is by Ozwald Boateng), also collaborated with the NAACP on a new annual award, the NAACP Archwell Digital Civil Rights Award, which will recognize leaders who are progressing civil and human rights through transformational change at the intersection of social justice and technology.

Harry added, “Safiya’s work speaks to a new chapter in the movement for civil rights. This community knows what it means to speak up for what is right and to march for what is just. As this fight for justice still remains, it’s time to extend this march to the world online, a place where hate and discrimination are fueled instantly, propagated globally and felt deeply.”

“This is the era of the digital justice movement. We are proud to partner with NAACP and each of you to translate the vital efforts of those who came before us to the modern challenges that exist ahead of us,” Meghan said. “Thank you so much for joining us in this work, and thank you again for this incredible honor. Truly.”

She ended the couple’s speech on a personal note, adding, “My mom’s here with us tonight, and we all feel very proud. Thank you.”

Meghan and Harry’s first major Hollywood event since coming to California in 2020 is at an awards show. Zendaya, Mary J. Blige, Michael Strahan, Tiffany Haddish, Questlove, Morgan Freeman, Kerry Washington, and others was one of those who attended the awards presentation.

Meghan and Harry, who have two children, Archie, two, and Lili, eight months, have only made a few public appearances since coming to California, where Meghan was born and raised. They quietly volunteered across the Los Angeles area at the outset of the pandemic, giving meals to those in need and assisting at a back-to-school drive.

Princess Eugenie, who was visiting the pair with her husband Jack Brooksbank and their 1-year-old son August, made a surprise cameo at the Super Bowl earlier this month.

A friend previously told PEOPLE that Meghan and Harry are “loving life in California.”