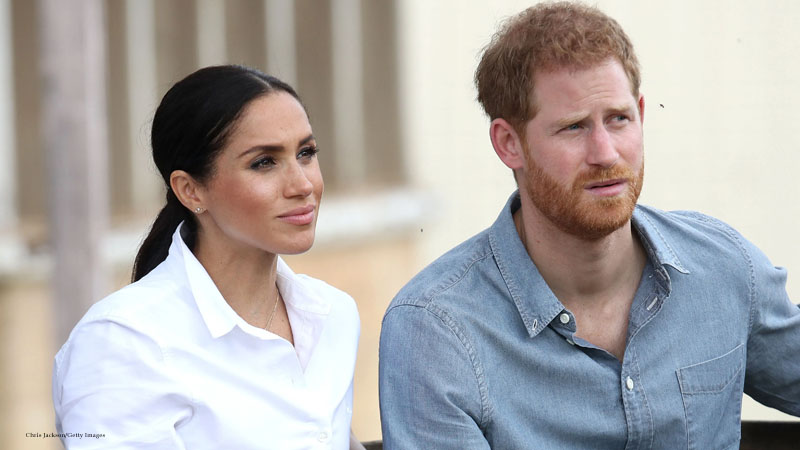 Prince Harry has been “dragged around like a performing seal” by Meghan Markle, a royal expert said.

Following the publication of her book “Prince Philip Revealed: A Man of His Century” in 2020, royal author Ingrid Seward discussed Meghan and Harry’s relationship.

“God Almighty, Meghan has really moved at the speed of lightning. It was a whirlwind courtship, it was pretty quick. I don’t like her for it, but I do admire her for being able to pack so much into such a short time,” Seward said.

Following a blind date, Harry and Meghan began dating in July 2016. The pair then announced their first pregnancy in 2018, which was followed by their marriage.

As per Latintimes, Harry, 37, is alleged “totally mesmerized” by Meghan, 40, and Seward asserted that he would “follow her to the ends of the earth.” She added how Harry is “obsessed” with the Duchess of Sussex.

“He’s being dragged around like a royal performing seal. And Meghan has got to hang on to Harry because he’s her entrée – what is she otherwise, but a starlet?” Seward commented on Harry’s red head, claiming that he “lives up to the redhead image of a hothead.”

Since leaving their senior working royal duties in 2020 and relocating to California with their two children, Archie, 3, and Lilibet, 1, the pair has consistently made headlines in the media.

Then, in March 2021, they had a shocking interview with Oprah Winfrey, which shocked everyone at Buckingham Palace. In the well-known interview, the pair openly discussed their highs and lows as royals while stressing Meghan’s issues with her mental health. The two reportedly made shocking claims regarding an anonymous member of the royal family bringing up Archie’s skin tone. The couple’s relationship with some members of the Royal Family has reportedly suffered dramatically since the tell-all interview.

Meanwhile, expert Dylan Howard has claimed that if Harry and Meghan do a second Winfrey interview, they “won’t win” against the Royal Family.

The commentator added, “I think it’s going to be damaging to the royal institution but I think one thing is certain – the Firm wins, they’re not going to win. It’s over for them.”