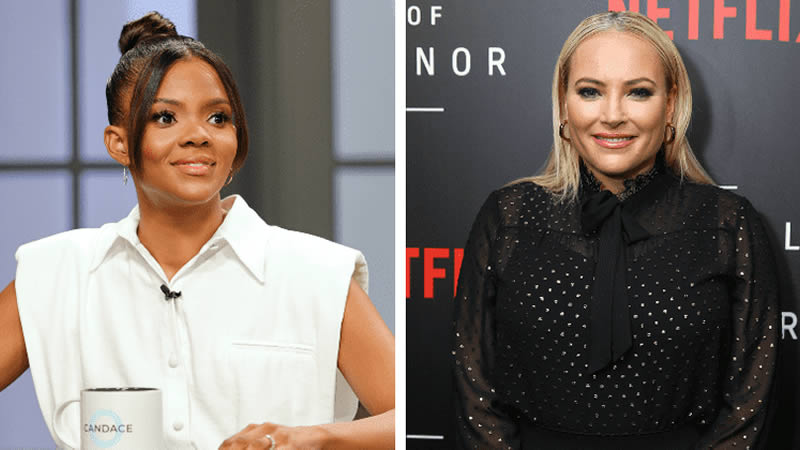 Candace Owens, a well-known conservative pundit, went toe-to-toe with Meghan McCain of The View on Twitter on December 23. The two conservative TV hosts sparred on Twitter about the vaccine and Owens’ recent viral interview with former President Donald Trump.

If you haven’t seen the interview, the controversial one-term President clarified his position on vaccines, telling the former Fox News journalist, who, as we all know, is an ardent opponent of the vaccine, that the life-saving medicine was one of his administration’s greatest triumphs.

“I came up with three vaccines, all are very very good, in less than nine months. It was supposed to be five to twelve years,” he said.

Owens countered Trump, asking the former White House leader if there were any conspiracies behind the vaccine’s efficacy. She claimed that under Biden’s administration, more people became sick this year than when he was in office, but Trump quickly refuted the claim.

The late Republican politician John McCain’s daughter moved to Twitter to praise Trump for “schooling” Candace on the vaccine’s effectiveness.

“Trump schooling Candace Owens with facts and logic regarding getting the vaccine is really a sight to behold. Credit where credit is due and I hate the guy,” she tweeted.

Of course, Owens had a few words for Meghan.

“Hey Meghan— did you know that the overwhelming majority of people dying and/or being hospitalized from Covid-19 are clinically obese?” the podcast host clapped back while fat-shaming McCain. “People like you love the vaccine because it allows you to pretend that you care about health. People like me see right through that bullsh*t.”

McCain hit the 32-year-old pro-Trump protester with a one-piece combo after the ladies went back and forth. “Get fucked,” she screamed back at Owens’ offensive obesity comment.

Well, we certainly didn’t see that one coming!

While there have been a few breakthrough instances in persons who have been fully vaccinated and boosted, the Centers for Disease Control and Prevention notes that all three doses can prevent people from being hospitalized or potentially dying from COVID-19.

Last week, Moderna stated that their booster shot significantly raised the level of antibodies required to combat the highly transmissible Omicron variety and other strains. As previously reported by MADAMENOIRE, the drug manufacturer discovered that a typical dose of 50 micrograms of the booster raised antibody levels roughly 37-fold. When compared to “pre-boost levels,” a full dose of 100 micrograms was shown to be much more effective, with antibody levels soaring by roughly 83-fold.

As per Yahoo, Pfizer and BioNTech announced earlier this month that their COVID-19 vaccination had a considerable impact in reducing hospitalization. According to their website, recipients who received a third dosage of the Pfizer vaccine increased their antibody levels 25-fold.