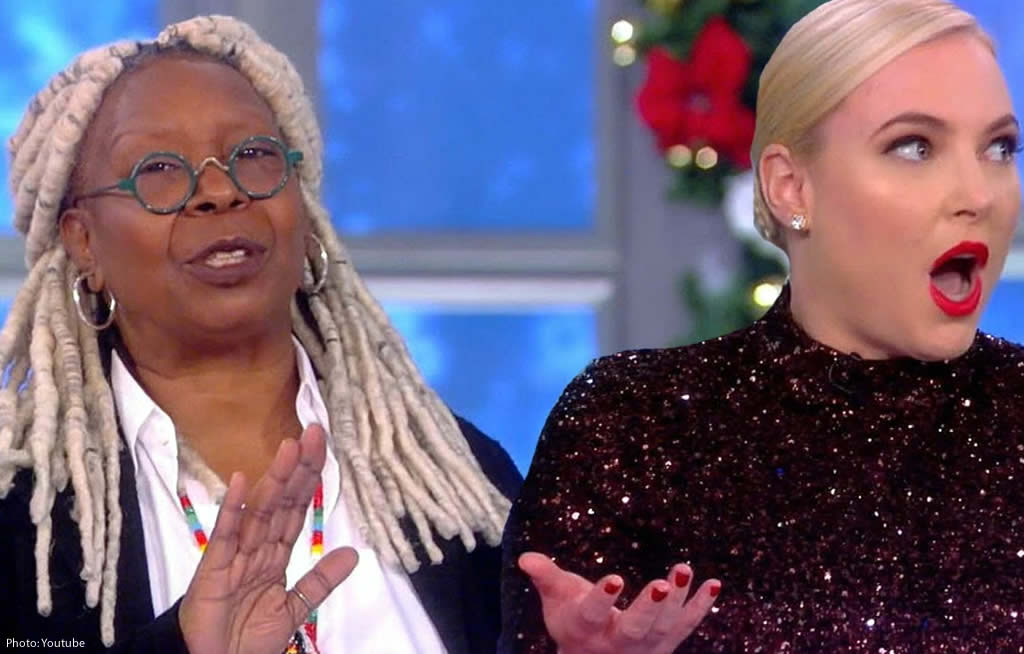 Meghan McCain has spoken out after her former co-host on The View, Whoopi Goldberg, made controversial remarks about the Holocaust.

“I hate commenting on my old employer because I have moved in every way a person can move on,” wrote McCain, who left The View in August 2021. “That being said I am an activist against antisemitism and it is a big part of my life.”
The mother of one added, “The growing threat is real and virulent and everywhere. I am heartbroken about what was said.”

“I am not calling for Whoopi Goldberg to be fired, if only because I don’t believe there is any universe where she could possibly do anything that could get her fired — she is the crown jewel of The View and a pop culture icon,” she wrote, in part. “But I hope this can be used as a teachable moment to explain to millions of Americans why conflating the Holocaust as something that is specific and limited to ‘white people’ is insane, ahistorical, and anti-Semitic.”

McCain also wrote, “Instead of half-assed apologies and bringing in experts in the antisemitism space, maybe dedicate an entire ‘Hot Topics’ segment to discussing why what was said was so deeply offensive and dangerous.”

During Monday’s episode of The View, Goldberg, 66, and her co-hosts debated whether a Tennessee school should have removed Maus, a graphic novel about the Holocaust, from its curriculum. Because of its use of nudity and inappropriate language, the book was removed from the curriculum.

Amid the debate, Goldberg argued that the “Holocaust isn’t about race.”

“If you’re going to do this, now let’s be truthful about it because the Holocaust isn’t about race,” she said. “No. It’s not about race.”

Joy Behar said that Nazis considered Jewish people to be “a different race,” but Goldberg countered that it’s “about man’s inhumanity to man.” Ana Navarro then said it was “about white supremacy” and “going after Jews and Gypsies,” though Goldberg doubled down and stated that “these are two white groups of people.”

As Sara Haines said Nazis “didn’t see them as white,” Behar, 79, pointed out that Black people were also targeted by the terrorist group. But Goldberg felt that her colleagues were “missing the point.”

“The minute you turn it into the race, it goes down this alley. Let’s talk about it for what it is. It’s how people treat each other,” she continued. “It’s a problem. It doesn’t matter if you are Black or white because Black, white, Jews, Italians — everybody eats each other. So if you are uncomfortable if you hear about Maus, should you be worried? Should your child say, ‘Oh, my God, I wonder if that’s me?’ No. That’s not what they’re going to say. They’re going to say, ‘I don’t want to be like that.'”

Goldberg apologized on social media after receiving backlash for her comments.

“On today’s show, I said the Holocaust ‘is not about race, but about man’s inhumanity to man.’ I should have said it is about both As Jonathan Greenblatt from the Anti-Defamation League shared, ‘The Holocaust was about the Nazi’s systematic annihilation of the Jewish people — who they deemed to be an inferior race.’ I stand corrected,” she wrote.

“The Jewish people around the world have always had my support and that will never waiver,” she added. “I’m sorry for the hurt I have caused.”

Goldberg also opened Tuesday’s episode of The View with another apology, saying she “misspoke.”

“I said something that I feel a responsibility for not leaving unexamined because my words upset so many people, which was never my intention,” she said. “And I understand why now, and for that, I am deeply, deeply grateful because the information I got was really helpful and it helped me understand some different things.”