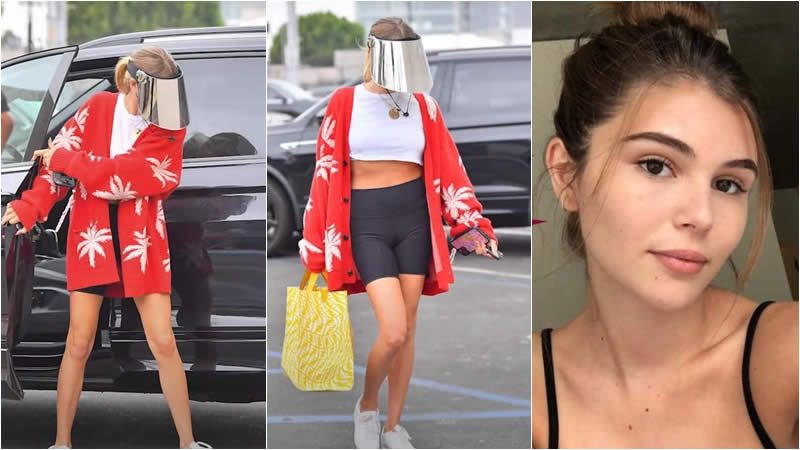 Aunt Becky may be making trips to the dance hall after keeping low amid the fallout from the nationwide college admissions scandal. According to reports, Lori Loughlin’s daughter Olivia Jade Giannulli will compete in season 30 of Dancing with the Stars.

E! News stated that the 21-year-old YouTuber is officially part of the cast after TMZ shared alleged photographs of her on the set of the reality show. (ABC has no comment on the casting news.)

Olivia Jade joins JoJo Siwa and Suni Lee, who was previously revealed as contestants. While the whole cast will be unveiled on September 8 on Good Morning America, Us Weekly broke the news on Wednesday, September 1 that season 25 Bachelor Matt James is set to compete alongside Real Housewives of Atlanta’s Kenya Moore.

Before her parents were accused in 2019, Olivia Jade, the youngest daughter of Loughlin, 57, and her husband Mossimo Giannulli, built a name for herself via her popular YouTube channel. The couple, who also have a 22-year-old daughter named Bella Giannulli, was accused of paying $500,000 in bribes to ensure their daughters’ admissions into the University of Southern California. Loughlin and Mossimo, 58, pled guilty to fraud charges after first maintaining their innocence.

Olivia Jade finally spoke up about the scandal on Red Table Talk in December 2020, after months of silence on social media, and has since restarted uploading to her YouTube channel.

“I think for anybody, no matter what the situation is, you don’t want to see your parents go to prison, but also I think it’s necessary for us to move on and move forward,” the influencer said on the Facebook Watch series. “I’m not trying to victimize myself. I don’t want pity — I don’t deserve pity. We messed up. I just want a second chance to be like, ‘I recognize I messed up.’ I never got to say, ‘I’m really sorry that this happened,’ or ‘I really own that this was a big mess-up on everybody’s part,’ but I think everybody feels that way in my family right now.”

Olivia Jade recently made news when she confirmed her single status last month, stating that she on and off relationship with Jackson Guthy was over. Her parents, on the other hand, are stronger than ever after the scandal initially strained their marriage, according to sources.

“They’ve been committed to each other throughout the prison ordeal, but it was definitely a buzzkill and romance had to take a back seat for such a long time because of it,” one insider told Us in June. “Now though, they’ve got a new lease on the marriage and a permanent smile on their faces!”

Season 30 of Dancing with the Stars premieres on ABC on Monday, September 20 at 8 p.m. ET.