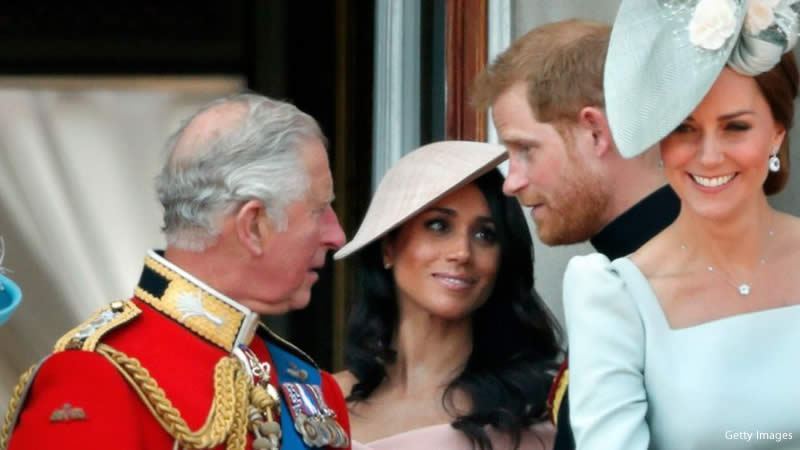 The royal saga goes on. Despite the Prince of Wales’ recent invitation for the Duke and Duchess of Sussex to stay with him while in the United Kingdom, Prince Charles, Prince Harry, and Meghan Markle’s relationship are still tense.

On January 18, 2022, a source told The Mirror that Charles invited Harry and Meghan to stay with him and his wife, Camilla Parker Bowles, in the days before Christmas so that he could see his grandchildren. Charles hasn’t met Harry and Meghan’s newborn daughter Lilibet Diana (named after his mother, Queen Elizabeth II, and his late ex-wife, Princess Diana) since she was born in June 2021, and the last time he saw the Sussexes’ son, Archie Harrison, was when his grandson was only six months old.

Despite “good-natured and enjoyable” video calls between Charles, Harry, and Meghan in previous months, The Mirror reports that the Duke of Sussex told his father he would be “unable to return home” because it would be “too great a personal risk” for him and his family to return to the UK without security.

When Harry and Meghan stepped down as senior members of the royal family and relocated from Kensington Palace to North America in March 2020, they were stripped of personal police protection from London’s Metropolitan Police. They’ve since relocated to Montecito, a Santa Barbara, California neighborhood.

“In the absence of such protection, Prince Harry and his family are unable to return to his home,” Harry and Meghan’s legal representative said in the statement. “Prince Harry inherited a security risk at birth, for life. He remains sixth in line to the throne, served two tours of combat duty in Afghanistan, and in recent years his family has been subjected to well-documented neo-Nazi and extremist threats,” the representative said in a statement. “While his role within the Institution has changed, his profile as a member of the Royal Family has not.

Nor has the threat to him and his family.”

The statement continued, “As is widely known, others who have left public office and have an inherent threat risk receive police protection at no cost to them. The goal for Prince Harry has been simple — to ensure the safety of himself and his family while in the UK so his children can know his home country. After another attempt at negotiations was also rejected, he sought a judicial review in September 2021 to challenge the decision-making behind the security procedures, in the hopes that this could be re-evaluated for the obvious and necessary protection required.”

Harry’s legal representatives also confirmed in the statement that his lack of security is the reason he’s never returned to the U.K. with his family since he left. “The UK will always be Prince Harry’s home and a country he wants his wife and children to be safe in.

With the lack of police protection, comes too great a personal risk. Prince Harry hopes that his petition — after close to two years of pleas for security in the UK — will resolve this situation,” the representative said.

In an interview with Oprah Winfrey in March 2021, Meghan revealed that she asked the royals to restore Harry’s security after it was stripped. “I even wrote letters to his family saying, ‘Please, it’s very clear the protection of me or Archie is not a priority. I accept that. That is fine. Please keep my husband safe.

I see the death threats. I see the racist propaganda. Please keep him safe. Please don’t pull his security and announce to the world when he and we are most vulnerable,’” she said at the time. “And they said it’s just not possible.”

Check out historian Robert Lacey’s 2020 book, Battle of Brothers, for more on Prince Harry and Prince William’s feud. Lacey observes Harry and William’s relationship over the years and considers each moment that led to their eventual estrangement in this New York Times and Sunday Times bestseller.

Battle of Brothers reveals all the “highs, lows, and discretions” of these brothers’ lives in a way “never offered before,” from the impact of their mother Princess Diana’s tragic death to the pressures of their roles in the royal family (William, the future king vs. Harry, the spare) to the influence their wives Kate Middleton and Meghan Markle have had on their differing paths.