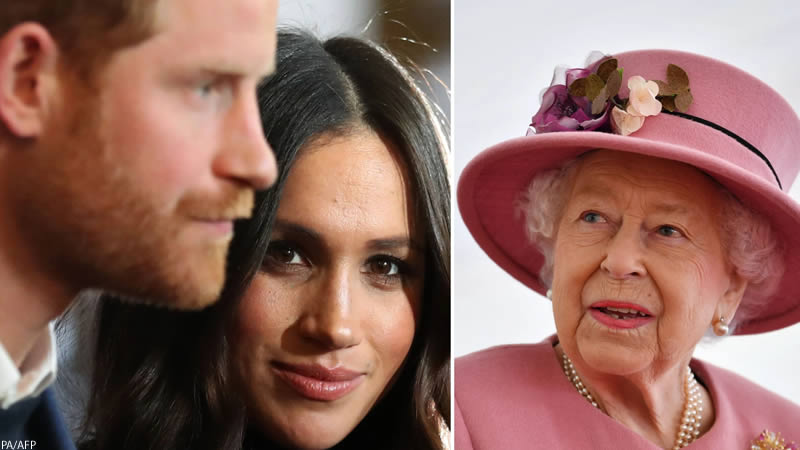 Although Prince Harry has traveled across the pond on his own to visit with the members of the royal family and attend special events, the Duke of Sussex’s wife, Meghan Markle, and their two children have yet to return to the United Kingdom.

But it appears that Harry is now eager for his family on both sides of the Atlantic to reconnect. After the revelation by a spokesperson for the Duke of Sussex that Harry has gone to try and secure his family a private security detail for future travels, a new report appears to suggest that the Duke of Sussex really wants his grandmother, Queen Elizabeth II, to meet his 7-month-old daughter, Lilibet.

“The fact he has gone down this legal route to try and secure protection suggest to me that he is desperate and there is a real reason for him to come to the UK,” Ken Wharfe, Princess Diana’s former guard, shared during a panel discussion for the Daily Mail. “He has two children that the Queen hasn’t effectively seen yet,” Wharfe observed.

Remember that Meghan and Harry’s son, 2-year-old Archie, was born in the U.K. and we’ve seen photos of Queen Elizabeth meeting the newborn. But, since their January 2020 move from the U.K. to Canada and then America, the Queen has not seen Archie and has yet to meet her namesake, Lilibet.

Prince Charles reportedly misses his grandchildren and is trying to make amends with his son, Prince Harry.

“The very fact he has made this noise with the British Government to secure protection suggests to me that he is going to make a real effort to come back here,” Wharfe continued. “I think we will see him return this year, for the Platinum Jubilee.” While the queen’s official Platinum Jubilee celebration will take place in February, there will also be days-long festivities in June, to which Meghan and Harry may be invited.

The news of Harry’s ongoing battle to retain some security for his family broke last week, and it’s now clear why that element is so important to have during the Duke of Sussex’s potential next visit with his family. We can only assume that Harry is going to such lengths because time is of the essence and reuniting family members is important to him.

We can only hope, like Wharfe, that arrangements can be made where everyone feels safe so that Harry and his family can return home.

In Brothers & Wives: Inside the Private Lives of William, Kate, Harry, and Meghan, longtime royal writer Christopher Andersen takes fans into the intimate conversations and exchanges between these two powerful couples, illustrating what was lost, gained, and what might be found as the next generation of the royal family embraces the future.