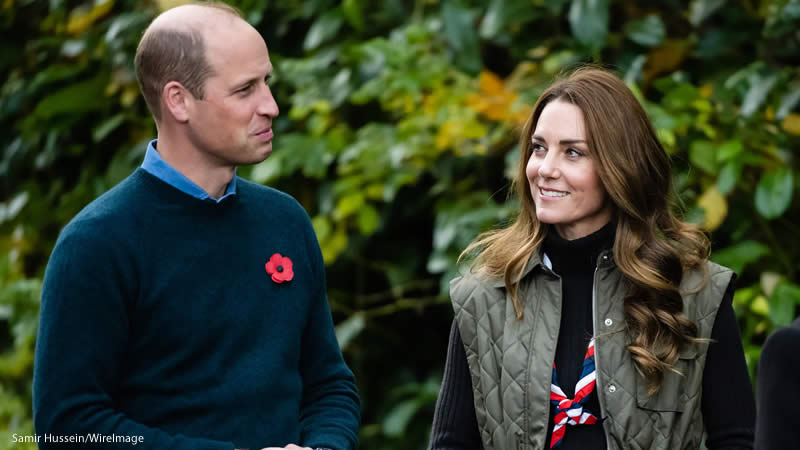 After a decade of marriage, Prince William is still deeply in love with Kate Middleton—and he just said the sweetest thing to fans about her. During a recent outing in Wales to memorialize St. David’s Day, the Duke of Cambridge greeted bystanders who had waited in the cold weather to meet them. “[Kate] has the coldest hands ever,” he said, People reported. “They say, ‘Cold hands, warm heart.'”

Though the royal couple is relatively private, they have provided us with glimpses into their relationship over the years, including which shows they enjoy watching together. Kate’s guilty pleasure (it’s reality TV!) was previously revealed by Prince William. According to the future king, she loves Strictly Come Dancing, a British dancing competition show similar to America’s Dancing with the Stars.

When meeting with some of the stars of the series, including one of the judges, Shirley Ballas, he noted that he likes it, too. “I have watched the show a couple of times,” he said, adding that “Catherine is a huge fan and my mother-in-law loves it.”

They first met at St. Andrews University, where they both studied art history, over 20 years ago. They started as friends, and Kate even helped Prince William in getting out of a few awkward dating situations before their own relationship became romantic. “Will was getting really hit on by this girl at a party and it was getting quite uncomfortable because he couldn’t shake her off,” said Laura Warshauer who spoke about the couple to Katie Nicholl, royal expert and author of Kate: The Future Queen.

“He was being really polite, but this girl just didn’t get the hint,” she added. To help out, Kate wrapped her arms around William from behind. He said that he had a girlfriend (referring to his then-friend and future-wife, Kate) before the pair left “giggling.”

After escaping the hilarious scenario, Prince William mouthed “thanks so much” to her. “Kate was the only girl in the room who could have done that,” Warshauer said. “And that was just a month after we started university.”

Their early bond laid the foundation for the loving relationship they would develop over time, culminating in their marriage; the Duke and Duchess of Cambridge were engaged in 2010 and married in 2011.