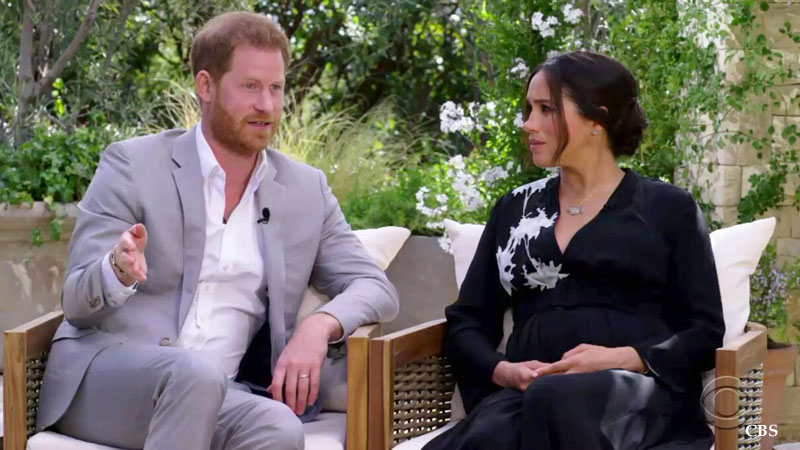 Queen Elizabeth II made a surprising decision about the Royal Family’s response to Prince Harry and Meghan Markle’s bombshell interview with Oprah, according to a royal insider.

According to a royal insider, Queen Elizabeth II delayed the release of the Royal Family’s official statement on Prince Harry and Meghan Markle’s interview with Oprah Winfrey last year so she could “sleep on it.”

The Duke and Duchess of Sussex made headlines in March 2021 when they appeared on a CBS special and shared several shocking revelations about their experiences as senior members of the British monarchy.

One of the most notable changes cleared by the A-list couple against the Royal Family during the 90-minute program was racism against Buckingham Palace. Harry and Meghan shocked both Oprah and the public when they claimed that an unnamed member of the Firm had expressed “concerns” about “how dark” the skin color of their first child, Archie Mountbatten Windsor, would be when he was born.

“The courtiers faced another massive challenge: how to deal with the Oprah interview. There had been so many allegations made by the couple – about racism, about security, about Meghan’s mental health – that it was hard to know where to start,” the Sunday Times correspondent writes.

“The private secretaries and communications secretaries had long debates about how to deal with the issue, especially what one of them awkwardly called ‘the R-word. That had come up because of remarks that a member of the royal family supposedly made about the color of Harry and Meghan’s future baby’s skin.”

The Royal Family’s courtiers had an official statement responding to the Sussexes’ claims ready by 2 p.m. the day after the interview aired in the United States, but it had to be released several hours later.

“The Palace stayed completely silent because the Queen decided that she wanted to sleep on it,” Low writes. “She was not going to be rushed into saying anything precipitate. It was a reminder that, while the courtiers might do all the groundwork, the final decisions are made by the royal family.”

“The whole family is saddened to learn the full extent of how challenging the last few years have been for Harry and Meghan,” the short message read.

“The issues raised, particularly that of race, are concerning. While some recollections may vary, they are taken very seriously and will be addressed by the family privately.”