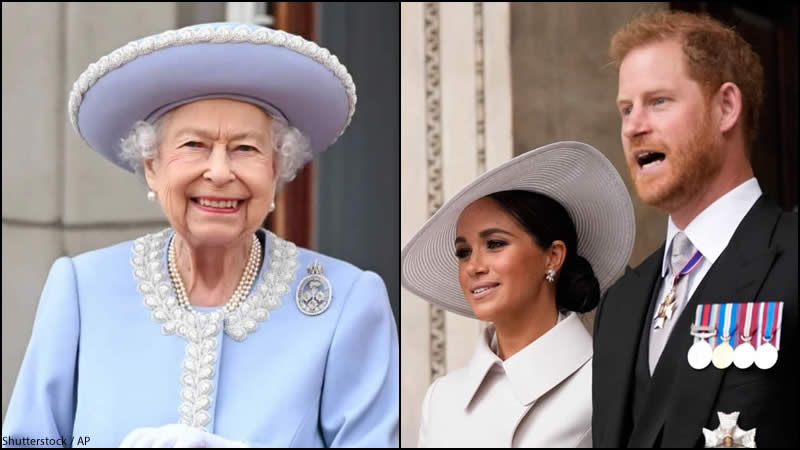 New information is emerging regarding why Prince Harry, Meghan Markle, and their children Archie, 3, and Lili, 1, were only given 15 minutes with the Queen during her Platinum Jubilee weekend earlier this month.

According to Us Weekly, the short visit to Windsor Castle was more about saving her strength amid ongoing health concerns, notably physical mobility challenges that kept her out of many of the Jubilee celebrations—as well as other royal events on the calendar recently, such as Royal Ascot.

“She was working very hard to maintain her strength,” royal expert Jonathan Sacerdoti told Us. “I think it’s totally understandable that she was saving her energy as best she could for all the events that she wanted to be at if she possibly could.”

The Sussexes reportedly took daughter Lilibet Diana (named for the Queen’s familial nickname) by Windsor Castle that evening after the Trooping the Colour parade and flypast, where Her Majesty made not one but two balcony appearances at Buckingham Palace, as Yahoo reported.

“Harry and Meghan visited the Queen at Windsor Castle with Lilibet and Archie,” an insider exclusively told Us of the meeting. And, while speculation ran rampant at the time that the short meeting was because of the recent drama surrounding the Sussexes, Sacerdoti disagrees.

“We’re talking about someone in their nineties and a baby,” he said, telling the outlet that Her Majesty had to conserve her energy for the multitude of events that were to come throughout the four-day event. “We saw that she did manage to appear several times in public, and that’s great.”

Following her discomfort at Trooping the Colour on Thursday, the Queen was forced to miss a number of events on Friday and Saturday before making a surprise third balcony appearance at the end of the Platinum Jubilee Pageant on Sunday. “Seeing Lili and big brother Archie helped take the Queen’s mind off having to miss some of the festivities,” one insider told Us.

“After reluctantly pulling out of Party at the Palace [on Saturday], spending time with her great-grandchildren and seeing Lilibet turn one added some light to her day,” the source explained. “She thinks they’re adorable and gave Lili and Archie gifts.”