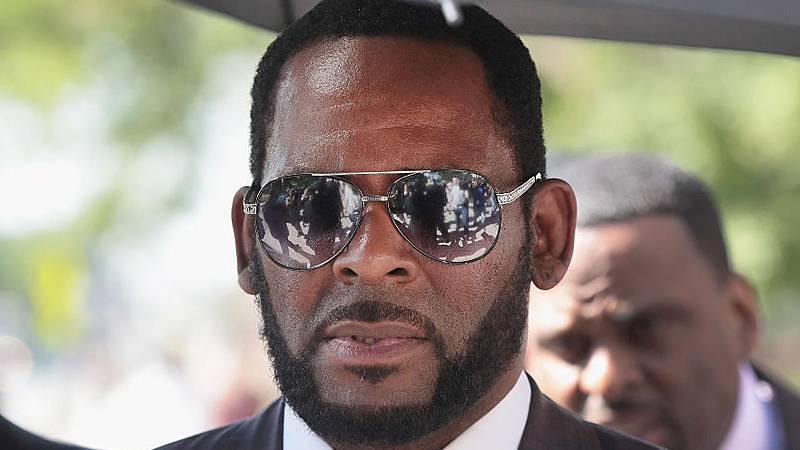 The 55-year-old “I Believe I Can Fly” singer was found guilty of racketeering and sex trafficking last October and received a 30-year prison term on Wednesday. Jennifer Bonjean, his lawyer, is now claiming that his rights under the Eighth Amendment to be free from cruel and unusual punishment are being violated.

“MDC has a policy of placing high-profile individuals under the harsh conditions of suicide watch whether they are suicidal or not (this was done recently with Ghislaine Maxwell),” Bonjean told PEOPLE in a statement.

According to Bonjean’s claim in the court docs, suicide watch’s severe restrictions “can and does cause serious mental harm” to an inmate who isn’t suicidal.

“Inmates are stripped of their clothing and underwear and dressed in a smock made of material that is akin to the material that moving companies use when wrapping furniture,” the complaint alleges. “They cannot shower or shave, and are sometimes not even afforded toilet paper. Meals are not provided with utensils, forcing inmates to eat with their hands. They have no ability to consult with loved ones or supportive figures.”

In addition, the complaint states that inmates on suicide watch are “typically placed in a single cell without bed rails and offered no items of comfort” while prison officials monitor them around the clock. The complaint alleges that the inmates are not given psychiatric treatment.

According to Bonjean’s statement to PEOPLE, MDC Brooklyn is run “like a gulag.”

“My partner and I spoke with Mr. Kelly following his sentencing,” she wrote. “He expressed that he was mentally fine and ONLY expressed concern that even though he was NOT suicidal, MDC would place him on suicide watch (as they did following the guilty verdict).”

A Federal Bureau of Prisons official declined to comment specifically on Kelly’s detention for PEOPLE.

“For safety and security reasons the Bureau of Prisons (BOP) does not provide information about conditions of confinement or internal security practices for any particular inmate,” reads a statement from the BOP provided to PEOPLE.

“The BOP is committed to ensuring the safety and security of all inmates in our population, our staff, and the public. Humane treatment of the men and women in our custody is a top priority. The BOP does not comment on pending litigation or matters that are the subject of legal proceedings.”

One of the facilities that the BOP is in charge of is MDC Brooklyn.

Judge Ann Donnelly, a federal judge in New York, announced the judgment and stated, “This case is not about sex. It is about violence, cruelty, and control.”

In February 2019, Kelly was detained in Chicago on charges of aggravated sexual abuse. He was later charged with racketeering and conspiracy on federal charges for setting up a network to track down girls and transport them across state borders so he could abuse them.

In August, he will stand trial for the accusations from Chicago. In Minnesota, he is also accused of child pornography and obstructing the justice system.