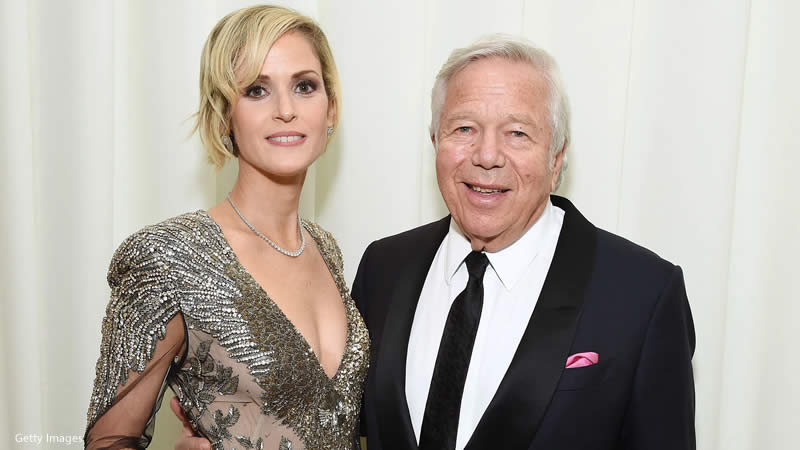 The pair have reportedly been dating since 2019 when they were first spotted together at the French Open.

Dr. Dana Blumberg, Robert Kraft’s girlfriend, was proposed to with a diamond that matched his Super Bowl rings, as per the news.

On Saturday, at the inaugural amfAR Gala Palm Beach event honoring Tommy Hilfiger, the fashion designer unexpectedly announced the couple’s engagement on stage. A source told Page Six, “Tommy Hilfiger was the honoree and Robert and Dana were both chairs of the event for Tommy. [Hilfiger] said his ‘good friend Bob Kraft got engaged to Dr. Dana Blumberg’ at the event on stage, speaking to the whole audience.”

The pair have apparently been engaged for a couple of weeks now and a second insider confirmed to the outlet that Blumberg was wearing “a giant rock at the gala.” They added, “It looked like it was 10-carats or more…It was as big as some of Bob’s Super Bowl rings.”

The 80-year-old Patriots owner and Blumberg have reportedly been dating since 2019 when they were first spotted holding hands at the French Open. Kraft and the 47-year-old eye doctor were seen out together again a month later in Paris at the Women’s World Cup soccer finals. And, by early 2020, the couple were posing for photos at Sir Elton John’s Oscars party with a source telling Page Six at the time, “They’re serious, as the kids would say, ‘They’re going steady!’”

Blumberg, an ophthalmologist at New York-Presbyterian Hospital-Columbia, is one of the best in the country. Myra Kraft, Kraft’s college sweetheart, died in 2011 from ovarian cancer after nearly 50 years of marriage. The billionaire began dating actress Ricki Lander a year later, but the couple split up in 2018.