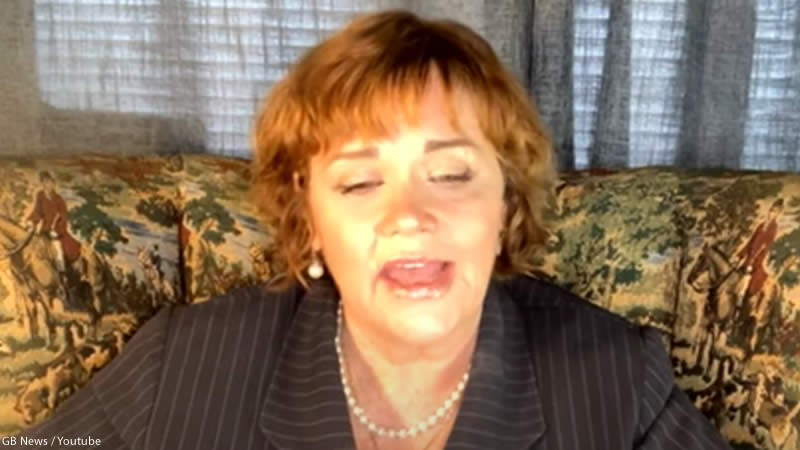 Meghan Markle’s sister has told GB News presenter Dan Wootton that she is “thankful to God” after her father Thomas survived a stroke that “could have been fatal”.

Samantha Markle almost burst into tears when speaking with the Kiwi-born presenter, but said it could take a “year” for her father to get his speech back. Mr. Markle’s friend, Mr. Wootton, recently interviewed him on GB News, and he confirmed his intention to attend the Platinum Jubilee.

He started by asking about Mr. Markle’s current condition following the stroke.

Ms. Markle stated that it was “difficult for me to talk about,” but that her father was improving.

She said: “He’s doing better. He’s in good spirits and you know it’s still hard for me to talk about because he’s been through so much – the heart attack, a pandemic, a stroke.

“I don’t think he saw it coming but he’s doing better, he’s in good spirits.

“I’m just so thankful to God that I called him when I did because he was slurring his speech, he couldn’t talk.

“I feel like had we not got emergency care right away, it could have been fatal, so I feel really blessed that he’s getting some of his strength back.”

Ms. Markle spoke to GB News about her father’s prognosis and the extent to which the stroke had affected him.

She added: “It’s going to take several, maybe six months, maybe a year to get his speech back.

“He can work with a speech therapist and it’s good, the speech he had in the speech-producing part of the brain wasn’t so big that he can’t recover.

“But you know when you’re almost 80 years old, there’s less plasticity and things are more difficult.

“So he has the memory of the words and the associations, the stroke was on the right side of the brain, so the damage was on the left and he’s left-handed.

“But it also impaired his speech and his ability to swallow.

“We’re not, we’re walking on eggshells and sad and having a tough time but he’s being our trooper.”

Continue Reading
You may also like...
Related Topics:Meghan Markle