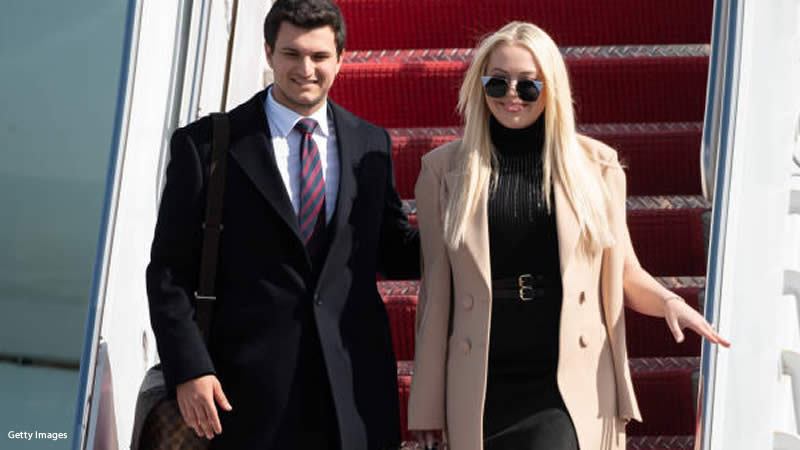 Tiffany Trump’s wedding in Palm Beach, Fla., scheduled for this weekend, is under threat from a Category 1 hurricane.

The event was supposed to take place at Donald Trump’s opulent Mar-A-Lago resort, but the staff was evacuated due to safety concerns, according to a Page Six source. Unsurprisingly, Tiffany, 29, is upset over the prospect of her wedding to billionaire heir Michael Boulos being called off.

“They’ve sent staff home,” the source claimed on Wednesday, Nov. 9. “Tiffany is still there. Some guests came in for the week, and they had all these things planned. It was going to be a whole over-the-top thing.

They had to cancel events today and canceled a golf outing for tomorrow,” they explained. “Everyone is stuck inside.”

Luckily, Mar-A-Lago is set to re-open Friday, which is when Tiffany has a welcome dinner scheduled for her guests. However, the dinner hasn’t been green-lit by any means.

“Friday is supposed to be a welcome dinner and they aren’t sure it’s going to happen,” the source for Page Six added. “Tiffany is flipping out.”

Tiffany’s wedding will host approximately 500 guests from all over the world. Even if the wedding goes ahead, some guests may have difficulty flying in because Palm Beach International Airport closed for commercial flights on Wednesday in preparation for Hurricane Nicole’s expected landfall. The Orlando International Airport also shut down.

Tiffany’s mother, Marla Maples, is already in Florida to support her. Marla, 59, took to Instagram earlier this week to share a hilarious update on her wedding preparations, as well as a photo of herself sitting on a tennis court juggling a tennis ball.

“We’ve got a lot of balls in the air with last-minute prep for Tiff and Michaels’s wedding,” she wrote. “Blessing time… breathing through all of it and remembering to put God in the center.”

Michael and Tiffany have been together since 2018, after meeting by chance in Greece. Michael’s family owns a conglomerate of companies. They announced their engagement in early 2021, during Tiffany’s father, Donald Trump’s, final days in the White House.

“It has been an honor to celebrate many milestones, and historic occasions and create memories with my family here at the White House, none more special than my engagement to my amazing fiance Michael,” Tiffany wrote in her engagement announcement post. “Feeling blessed and excited for the next chapter!”