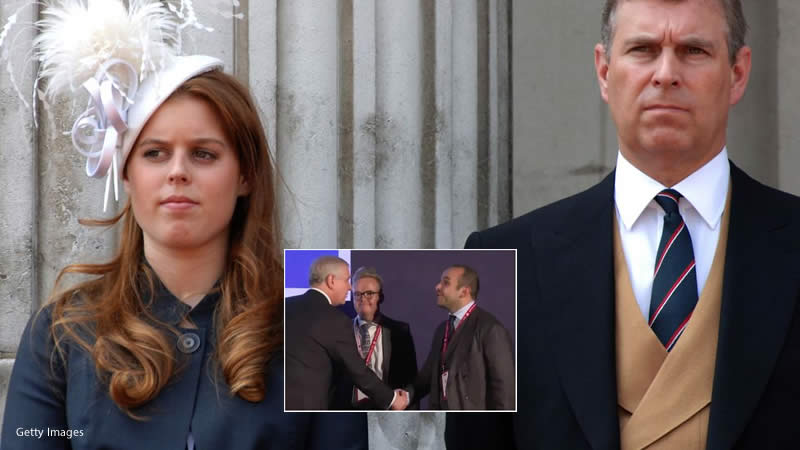 At the High Court in London, Nehebat Isbilen claims that her business adviser Selman Turk “dishonestly misappropriated” £38m of her assets.

Mrs. Isbilen paid Prince Andrew £750,000 and claims Mr. Turk wrongly told her bank that it was a wedding gift.

Princess Beatrice and Prince Andrew have not been accused of any crime.

As per BBC, Mr. Turk has denied the charges leveled against him.

Tracking down her money

The allegations that Mrs. Isbilen’s money was improperly used by her business adviser, Mr. Turk, are at the center of this complicated court case.

Mrs. Isbilen, 77, who comes from a wealthy Turkish business family, sought assistance in taking her assets out of Turkey when her political husband was imprisoned.

However, allegations that Mr. Turk “misappropriated” her assets have been heard in the High Court, and her attorneys have been attempting to locate and recover her money.

This indicated that “substantial sums” had been given to Prince Andrew and Sarah, Duchess of York, according to court documents.

Mrs. Isbilen claims Mr. Turk urged her to make a “gift” of £750,000 to Prince Andrew, which she was made to believe was for passport assistance.

This amount was transferred from her account on 15 November 2019.

“The representation that Mrs. Isbilen needed to make a gift to the Duke of York in connection with her passport [or for any other purpose] was false,” says her legal team in their claim of dishonesty against Mr. Turk.

However, according to Mrs. Isbilen’s testimony, she witnessed an email from Mr. Turk to her bank explaining the £750,000 payment as a “wedding gift” for the Duke of York’s daughter, Princess Beatrice.

Mrs. Isbilen claims in her affidavit that this claim was “entirely false.”

Mr. Turk’s firm had also won an award at the Pitch at the Palace business initiative, headed by Prince Andrew, a week before Mrs. Isbilen’s payment.

Representatives of Prince Andrew have not commented on the ongoing court case.

A spokesman for the Duchess of York said: “The duchess was completely unaware of the allegations that have since emerged against Mr. Turk. She is naturally concerned by what has been alleged against him.”

The court has heard claims of further payments to the Duke and Duchess of York, via a company called Alphabet Capital.

About £900,000 of Mrs. Isbilen’s money was deposited into this company in two payments, according to court documents, despite her claim that “I did not know about or authorize either of these payments.”

This company then made payments to Prince Andrew and his ex-wife Sarah, with the law firm representing Mrs. Isbilen, Peters, and Peters, stating that Prince Andrew received £350,000.

Mr. Turk attributed some of the expenditures to professional costs and failed investments, according to court documents, but there were still claims for significant amounts still to be explained.

Mrs. Isbilen’s lawyer, Jonathan Tickner, said she had been “the victim of serious fraud and financial wrongdoing” and was adamant about pursuing her claim against all parties involved.

According to court filings, Mr. Turk denies the charges and disagrees with Mrs. Isbilen’s interpretation of how her assets were handled.

This article originally appeared in BBC and has been updated.