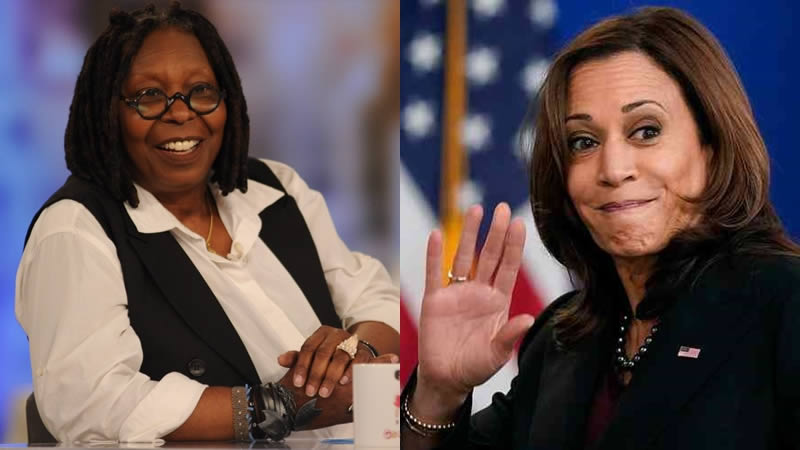 Melvin asked Harris if she’ll be President Joe Biden’s running mate in 2024 in an interview for NBC’s Today. In her response, Harris revealed the poise and grace she has shown throughout her time in the White House.

“I’m sorry, we are thinking about today,” Harris said in the interview that aired Thursday. “I mean, honestly—I know why you’re asking the question, because this is part of the punditry and the gossip around places like Washington, D.C. Let me just tell you something: we’re focused on the things in front of us.”

The question arose after a New York Times op-ed examined whether Biden will run for reelection alongside Liz Cheney (R-WY), who lost her House leadership due to her feud with former President Donald Trump and her support for the Jan 6th Commission.

“Not only is it insulting but, you know, it’s just crazy,” Goldberg said. “This idea that we have no say over what’s happening like it’s already done and we shouldn’t give a poop.”

President Biden has made no indications that a new running mate will be sought in 2024. The president has tasked Harris with some of his administration’s most difficult tasks. This includes rising immigration problems at the southern border as well as voting rights legislation. Both situations appear to be out of Harris’ control.

Among other things, immigration issues are the result of decades of mismanagement by both parties. Meanwhile, the same two Democrats who are impeding much of Biden’s agenda are impacting voting rights legislation: Krysten Sinema (AZ) and Joe Manchin (WV) (WVA).

According to the Los Angeles Times, as of Jan. 11, 40% of registered voters thought Harris was favorable, while 53% thought she was unfavorable.