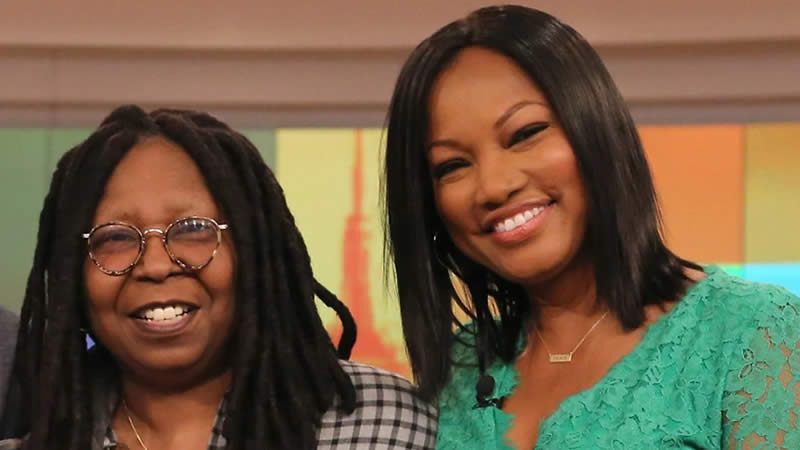 Whoopi Goldberg was suspended from co-hosting The View for two weeks after her controversial on-air take on the Holocaust in February.

The situation ruffled many feathers, but one current Real Housewives of Beverly Hills star who tried out for the daytime talk show in 2015 claims there’s even more drama behind the scenes.

In fact, two months after Goldberg’s suspension, the Bravo star opened up about the seasoned TV vets’ behavior on set, as per Cinema Blend.

At the time, the main co-host lineup only included Whoopi Goldberg, Nicolle Wallace, and Rosie Perez (after Rosie O’Donnell left for the second time), with guest hostesses being brought in for auditions to fill the future roster.

In one episode, comedian Michelle Collins and actress Garcelle Beauvais (later of RHBH fame) were confined to vetting. Collins was eventually hired for the 2015-16 season, but Beauvais didn’t seem to enjoy her time on The View.

According to Radar Online, the 55-year-old wrote in her new memoir, Love Me as I Am, that Goldberg’s behavior surprised her, saying:

“I was shocked and appalled to see how testy Whoopi was with the show’s producers. I was embarrassed and disappointed, to say the least. It was cringeworthy!

Garcelle Beauvais described it as “an uninviting workplace.” According to her, none of the other co-hosts welcomed her prior to the show’s taping, and “nobody” spoke to her afterward.

She claims she expected a comfortable atmosphere but was met with “cold, unfriendly, and standoffish” energy from the alums. This is interesting because former co-host Meghan McCain recently described the show as a toxic workplace.

The Coming to America alum, whose career now spans decades, also revealed in her memoir that Rosie Perez kicked her under the table during her tryout.

She misinterpreted it as a “shut-the-fuck-up-bitch, you’re talking too much signal kick!” Perez allegedly explained to her after the fact that they know better the “system” at The View of when someone speaks and for how long.

Nonetheless, in her initial reaction, the Beverly Hills star did not appear to appreciate the move. In her book, she wrote:

“What kind of system is that where grown women kick each other like fucking mules? Was this a new type of morse code or something? GTFOOH!

Despite the drama, Garcelle Beauvais appears to have passed the finish line. She told Page Six that she still watches the show and enjoys the new cast, especially Sunny Hostin.

Beauvais told the outlet that she was “reintroduced” to a new side of Whoopi Goldberg when she starred in the Lifetime film Caught in His Web, on which Goldberg served as executive producer last year.

Beauvais went on to say that while filming the project, she told Goldberg what she was writing about the past and The View:

“Of course, I addressed it with Whoopi. She didn’t remember. But I told her because I didn’t want to go into the film like I was bamboozling her. That’s not my thing. So it was important that she knew that was in my book. We’re all good now.

So Garcelle Beauvais and Whoopi Goldberg have worked out their differences. After her suspension, Goldberg took a self-imposed leave of absence from the ABC staple to film a book-to-TV adaptation of Anansi Boys.

But it’s unclear whether Beauvais and her Real Housewives of Beverly Hills co-star Erika Jayne will connect after an unfollowing spree and the latter throwing Beauvais’ book in the trash as part of their ongoing feud. To be honest, I’m not sure which show has more drama: Bravo’s reality show or ABC’s talk show.

When Season 12 of The Real Housewives of Beverly Hills premieres on May 11 at 8 p.m. EST, we’ll find out what all the behind-the-scenes drama is all about! You can also catch Whoopi Goldberg and co. on The View, which airs Monday through Friday at 11 a.m. ET on ABC.