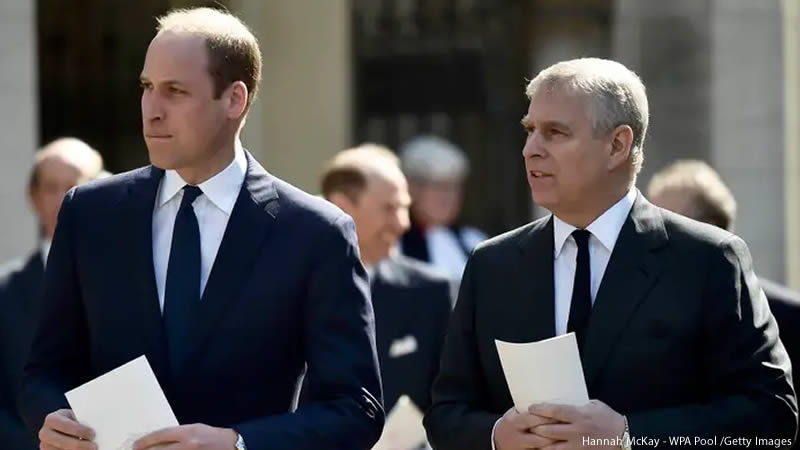 Meanwhile, more than 900 people have signed a Change.org petition that is calling for Andrew’s dukedom to be revoked.

Prince William, who is said to have played a significant role in Queen Elizabeth II’s decision to exile her son Prince Andrew from royal life, recently refused to answer a question about the disgraced royal.

On Wednesday, as the Duke of Cambridge was leaving the Foundling Museum in London’s Brunswick Square Gardens, a Sky News journalist attempted to ask him a question about the Duke of York. “Your Royal Highness, could I just ask, do you support Prince Andrew?” the reporter asked.

William paused and leaned in, and pointed to his ear while saying to the reporter, “Sorry, I can’t hear you.” The reporter then repeated his question, saying, “Do you support Prince Andrew? Have you spoken to him recently?”

The future King simply smiled from behind his face mask and said a few inaudible words before putting his arm behind his wife Kate Middleton’s back and walking away. At this point, a woman was heard saying to the Duchess, “We’ve got to move on now,” and another said, “I’m so sorry.”

Buckingham Palace announced last week that Prince Andrew has been stripped of his honorary military titles and patronages, as well as the right to use the title “Royal Highness,” and that he will fight the sex abuse case as a “private citizen.” Following the decision, Andrew’s critics have demanded that the Duke of York be stripped of his dukedom as well.

According to a Mail Online report, nearly nine out of ten residents of his dukedom want his Duke honor revoked while he fights the sex abuse allegations. According to a poll conducted by York’s daily newspaper “The Press,” 88 percent of its readers want him to lose the title.

Meanwhile, over 900 people have signed a Change.org petition demanding that Andrew’s dukedom be revoked because he does not uphold “Yorkshire values.” It says that the royal has a “lack of morals, lack of humanity, lack of judgment, and a total lack of caring of others,” and “having him associated with such a proud, fair and straight-talking county is contradictory and embarrassing.”