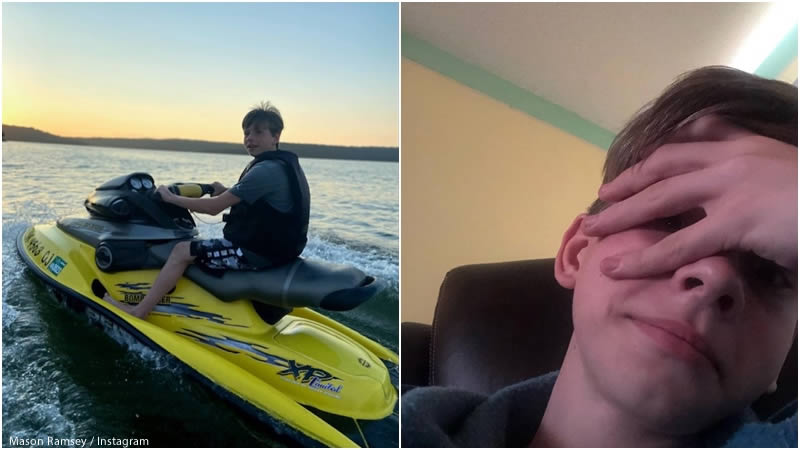 Mason Ramsey has proven that he is still the talk of the town, as the viral yodelling guy in Walmart has gone viral again for one of his old songs. Ramsey rose to fame at the age of 12 after a video of him yodelling to Hank Williams’ ‘Lovesick Blues’ at an Illinois Walmart went viral in March 2018. The tweet was retweeted 40,000 times, and he was trending for the hilarious memes that were made out of it.

His debut EP, ‘Famous,’ released in 2018, and Twang, released in 2019, coveted the hearts of fans while also receiving severe criticism and backlash from certain people. Despite this, the young star put on a show and released his music video ‘How Could I Not’ in October 2019. He appeared on The Ellen Show after the viral video, made his Grand Ole Opry debut, and even performed at Coachella! But, sadly, he has since disappeared and has not been seen on social media.

So, what’s the deal with the TikTok trend in 2022? Mason’s song ‘Before I Knew It,’ from his Twang EP, started to trend on TikTok, with many users expressing their love and respect. Mason was viral again before he knew it. People have been commenting on how good the yodel kid’s music is, and interestingly, even people who aren’t fans of country music have said that the song is fantastic.

Mason, who had 446,000 monthly Spotify listeners in December 2021, now has 8 million in February 2022. Within a short period of time, his viral ‘Before I Knew Its song drew him back into the limelight. Furthermore, after a solid 2 years, the song is now inside the top 100 on the Irish Singles Chart!

Is Mason excited about this? We don’t know much, but thankfully after two years of detox from social media, Mason recently updated a photo with a caption saying, “Sorry I’ve been so quiet on social media lately. I’ve been living my life and took a step back from everything for a bit. I’m 15 now, and a lot has changed since that day in Walmart. Hang tight because I’ve got big plans for 2022.”

Though it is unknown whether Ramsey will release new music this year, it appears that fans are happy about his return and can’t wait to find out what he has in store. Fans on Twitter have also shown him love and appreciation for making good use of his teenage years.

But what matters is that his ‘Before I knew it’ song has been converting his haters into his fans. A Twitter user wrote, “I used to hate Mason Ramsay’s new song, but before I knew it I was holding all the doors, holding your hand, getting off of work just as fast as I can.” Another user said, “If Mason Ramsay is how I get into country music there’s no other artist I’d rather have to convert me.”