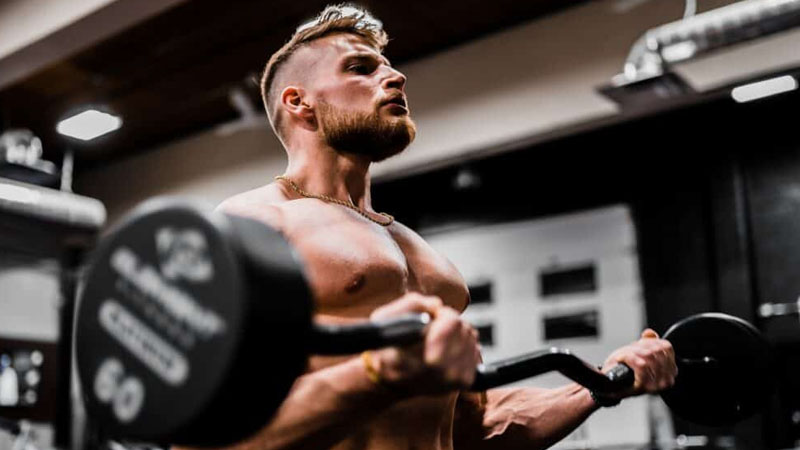 An effective workout is more than a sum of its parts. Its ability to build muscle, burn fat, and improve performance depends upon everything from its set and rep scheme (spoiler: there’s no one-size-fits-all approach), how you order your exercises, and, ultimately, how it challenges you week-to-week and month-to-month.

So before you wing, another workout, read on and follow these seven steps to designing your ideal workout routine.

Work a specific muscle, body part, or skill, and that’s what’s going to improve. Called “the principle of training specificity,” it might seem pretty basic, but it’s foundational to effective exercise training. Your goal ultimately determines the exercises that need to be part of your workout routine, explains Nick Tumminello, C.P.T., owner of Performance University in Fort Lauderdale and author of Strength Training for Fat Loss.

Before you can craft the ideal workout sessions, you need to determine how often you can (realistically) hit the gym. That’s because, if you are going to perform three or fewer workouts per week, it’s most effective to make every workout a total-body one, Tumminello says. However, if you want to work out four or more times per week, you’ll need to break things up to prevent overtraining.

Rather than splitting workouts based on body parts, exercise physiologist Pete McCall, C.S.C.S., recommends dividing them according to movement type. For instance, you might schedule an upper-body pull day (rows, pullups), an upper-body push day (pushups, skull crushers), a hip-dominant day (squats, hip thrusters), and a rotational day (cable wood chops, bicycle crunches) into the mix. Whatever your schedule, make sure that you get enough rest by scheduling at least one full day of rest each week, and making sure no two high-intensity workouts fall back-to-back, he says.

If your gym doesn’t have tires lying around, tire flips probably aren’t going to be part of your workout. But a lot of guys don’t think about their gym’s layout and the overall environment when selecting exercises as well as protocols. After all, if your gym is typically busy, you’ll probably want to stick with one piece of equipment at a time rather than rotating through circuits and ticking off your fellow gym-goers, Tumminello says. If weights are in short supply, it might be more efficient to perform as many exercises with one set of weights, as opposed to trying unsuccessfully to switch equipment five or 10 times during a given workout.

4. Decide on a set-rep-rest scheme

To decide how many sets and reps you’ll perform of each exercise, think back to your fitness goal. If strength is what you want, you should focus on low-rep, high-set schemes such as six sets of three to five reps. Meanwhile, three sets of eight to 12 reps are more effective for putting on muscle size. If fat-loss is your main goal, high-rep schemes like three sets of 15 to 20 reps work well, as do circuits, Tumminello says.

Overall, keep in mind that when you decrease the number of reps per set, you need to increase the load you’re lifting. When it comes to rest, you’ll generally need more depending upon how much you’re lifting, McCall says. Guys performing max or near-max lifts, performing just one or two reps per set, will often need two to three minutes to sufficiently rest up between sets. Meanwhile, 45 to 60 seconds rest is best for elevating heart rate, calorie burn, as well as muscle growth, he says.

“You only have so much energy, so it generally benefits you to structure your workouts so that you perform larger, complex movements earlier in your workout and isolation movements later,” McCall says. After all, power cleans require a lot more energy, power, and focus than do biceps curls, and big moves are the ones that make the biggest difference in your ability to hit your fitness goal.

There is one caveat, though. If your primary goal is to strengthen one specific body part, it’s OK to organize your workout so that you isolate that muscle before performing compound movements that hit other ones as well, he says. It’s all a matter of priority.

You’ve crafted the perfect sweat session. But to keep benefitting from it, you need to constantly change it. “The body adapts in about 12 to 14 weeks to whatever stress is being applied, so you need to change up your workout routine every eight to 12 weeks to prevent plateauing,” McCall says. Luckily, you don’t have to throw out your whole routine to keep your body guessing.

He recommends performing the same routine, but with different equipment; changing your set and rep scheme, or simply changing the exercise variations you use. So instead of performing back squats like before, maybe you opt for a front or single-leg squats.