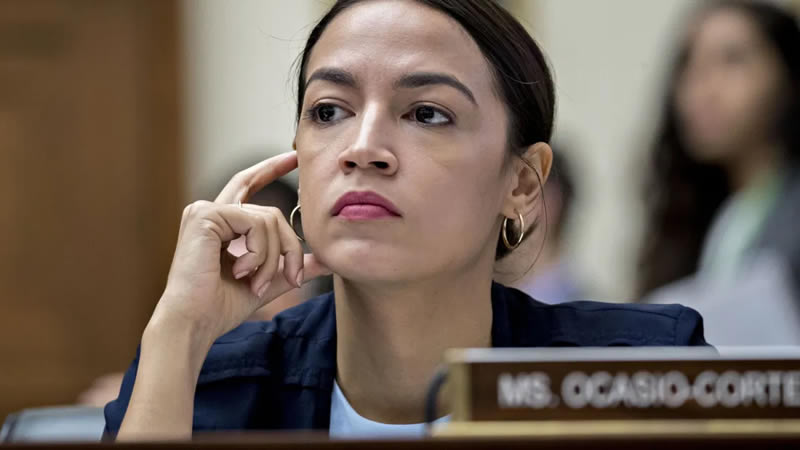 Representative Alexandria Ocasio-Cortez (D-NY) spoke with CNN’s Dana Bash for the first episode of the new series Being…, where she admitted to irregularly checking out what Fox News has to say about her.

Since the beginning of her political career, Ocasio-Cortez has been a target of the right-wing network, who have attempted to portray her as someone she is not. But she thinks that says more about the individuals who created that narrative than it says about her.

“Do you ever watch Fox News?” Bash asked. “Do you watch what they say about you?” “Not a ton. Every once in a while, I do, and I think that it’s really fascinating,” Ocasio-Cortez answered. “I actually find it to be really, really fascinating because it reveals a lot about the subconscious of folks that are crafting these narratives, and they very often are speaking to these very subconscious narratives about women, or about people of color, or about Latinos or Latinas, or about working-class people. You know, these caricatures that are developed are not really personal, they are societal.”

Because she can look at Fox News’ attacks academically, Ocasio-Cortez is unfazed by them, but that isn’t the case when her Democratic colleagues are misinformed about her.

“The harder one is the critiques from within the party,” Ocasio-Cortez said. “That is the one — that’s the stuff that hurts. But the right-wing stuff doesn’t hurt.”

While right-wing attacks may not hurt Ocasio-Cortez, they come with a real-world danger in the form of countless death threats. She has even admitted about waking up sometimes in the morning and reviewing photos of men who wish to kill her in case she sees them approaching. One individual was arrested after allegedly entering the Capitol during the January 6 insurgency and threatening to “assassinate” Ocasio-Cortez – the source says.

According to Yahoo, “There were moments where I thought that I was going to die before the 6th,” Ocasio-Cortez said. “The thing that I think some folks may not understand, is how direct the through-line is between right-wing targeting on TV and how much that is actually a driver of very real physical threats.”