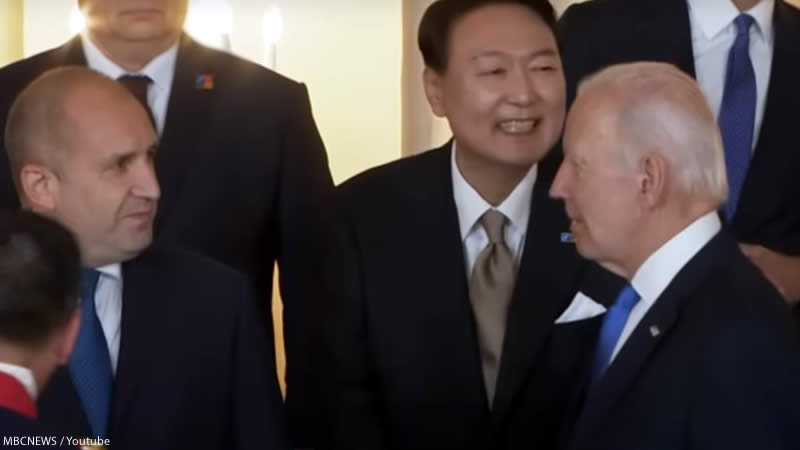 At the NATO summit in Madrid on Wednesday, US President Joe Biden and his South Korean counterpart, Yoon Suk Yeol, exchanged awkward handshakes.

The exchange between the leaders was caught on video, and it appeared that Biden reached out to shake Yoon’s hand during a gala dinner before turning abruptly to face Rumen Radev of Bulgaria. He conversed with Radev and then shook hands with Yoon.

According to TrendMemo, which monitors current Twitter topics across the world, the phrase “no-look handshake” has been popular on Twitter in South Korea since the incident. It was one of the top 10 topics for a while.

Twitter users expressed some criticism about the exchange. One person tweeted in Korean that Biden’s behavior demonstrated the US president had “no intention to be polite at all.”

Another user speculated that Biden’s action might have more meaning. Calling it “disrespectful” to do so in everyday interactions, the user wrote that “to not look into your eyes while shaking your hands on a diplomatic stage” was” sending a message.”

Users of social media frequently analyze how world leaders engage with one another during gatherings.

A white-knuckled handshake that Macron exchanged with Donald Trump, Biden’s predecessor, generated a lot of buzzes online in 2017.

The next year, it was said that Macron gave Trump a particularly firm handshake that left an imprint on Trump’s hand.